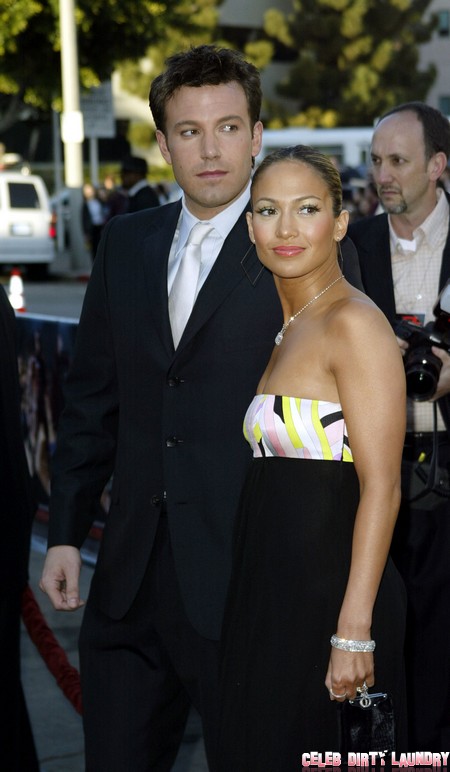 Jennifer Garner, the now defunct film star, exploded in a jealous rage when she discovered that Ben Affleck had been keeping in touch with his ex-fiancée, Jennifer Lopez. According to the National Enquirer, Garner was “furious that he’d gushed over her love rival.” This curious case of Benjamin Affleck was revealed in a national interview. Hang on to your buttons, because this is about to get ugly!

A source for the National Enquirer alleged, “After Jen read Ben’s glowing comments about Jennifer, she hit the roof. She screamed at him that he’d make her look like a fool. Jen’s always felt threatened by Ben’s passionate relationship with J.Lo. So, hearing him rave about her really struck a nerve.”

Huh? Why are these two still in the news? Come to think of it, we can’t even remember the last film Garner made that was worthwhile. According to IMDB (Internet Movie Data Base), Jennifer’s latest film is titled The Odd Life of Timothy Green, and is described in the synopsis as, “A childless couple bury a box in their backyard, containing all of their wishes for an infant. Soon, a child is born, though Timothy Green is not all that he appears.” Uhm, okay?

According to the National Enquirer, Garner was acting as odd as Timothy Green when she “secretly arranged” for her mother to babysit their three children. Garner wanted to join Affleck on his promotional Parisian tour for Argo, his latest film, in order to keep his alleged roving eyes in place. The source added, “Ben thought he was heading to Paris solo until he saw Jen’s bags at the door.”

Whoops! Could this couple be heading to the familiar town of Splitsville? Could Ben Affleck’s past be catching up to him? Might we soon write a breaking news story? Nope. We doubt it, but we leave it up to you to decide. What do you think? Do you think these two are losing it in the relationship department? Let us know your thoughts in the comments below.