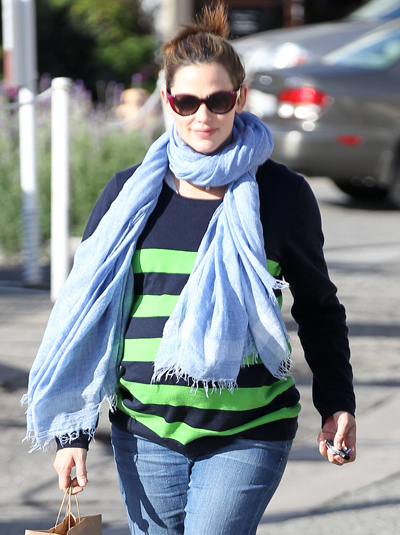 Congratulations are in order for the Affleck family! After a seemingly long pregnancy, Jennifer Garner has given birth to her third child with husband Ben Affleck, and word on the street is that, just as we predicted, the couple was gifted with a bouncing baby boy!

According to US Magazine, the name for the new child has yet to be announced, but considering that his sisters have names like Violet and Seraphina, we’re betting that Jen and Ben will give their kid a classic-sounding moniker.

Reportedly, Jennifer told Jay Leno last month during an interview on The Tonight Show that the 6- and 3-year-old girls had tried to help with picking out a name for their new sibling:

Captain Hook Affleck? It certainly wouldn’t be the craziest celebrity baby name we’ve heard, especially not when you have Blue Ivy Carter and Apple Blythe Martin to compare it to.

Anyway, congrats to the happy family on their newest addition!