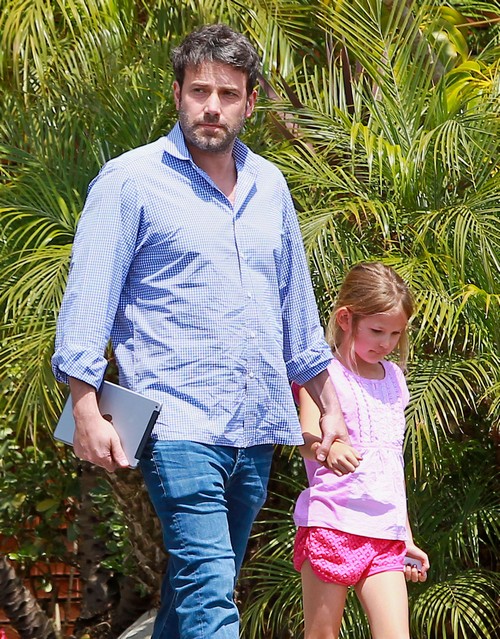 Ben Affleck is no stranger to gambling. The notorious gambler’s addiction has caused him problems in both past relationships as well as his current marriage to Jennifer Garner. Those who know Ben, know he’s also no stranger to cheating. Affleck added more grief to his marriage when, in 2011, he was found to be engaging in underground poker games playing for high stakes with a few other A-list Hollywood heartthrobs. It was discovered that many of the men attending played more than just poker, as a few women came forward claiming to have been invited to the parties to help ensure the gamblers had a good time.

With Ben Affleck comes addiction, gambling, cheating, and alcoholism; all of which he has been said to have had treatment for or to have moved beyond. Well, maybe not. Affleck is currently under investigation in Las Vegas for card counting. He was banned from playing at the Hard Rock Hotel and Casino, which they later recanted and said he is welcome to play, due to moving money with the count. That was what precipitated an alert issued by a local security firm to all major casinos in the area, to advise them that Affleck is, “currently suspected of advantage play,” reports Radar Online.

Apparently Affleck had already been spotted closely observing the blackjack games at several major casinos on the strip and some with close eyes on the tables are starting to take note. Radar Online went on to report that though this incident took place on April 28, there was actually an email that was sent by the Games Protection Manager of the Wynn and Encore casinos, Rob Olivetti, that warned Affleck was being obvious moving his money with the count. Despite being suspected of advantage play he is supposedly still being allowed to play at major casinos, but they most certainly are keeping close tabs on him.

Wonder if Jennifer Garner is as well. If past history repeats itself, once Ben is sucked back into the throes of addiction, he becomes upset with himself and completely goes off the rails. He becomes careless because he knows he is not living up to his commitments as a husband and father. Jennifer has tried on multiple occasions to get him to give up gambling, most especially after he lost $400,000 to movie executive Ron Meyer in the secret poker ring he was involved in.

Looks like everyone with an interest in Ben better be keeping very close tabs on this shifty character!