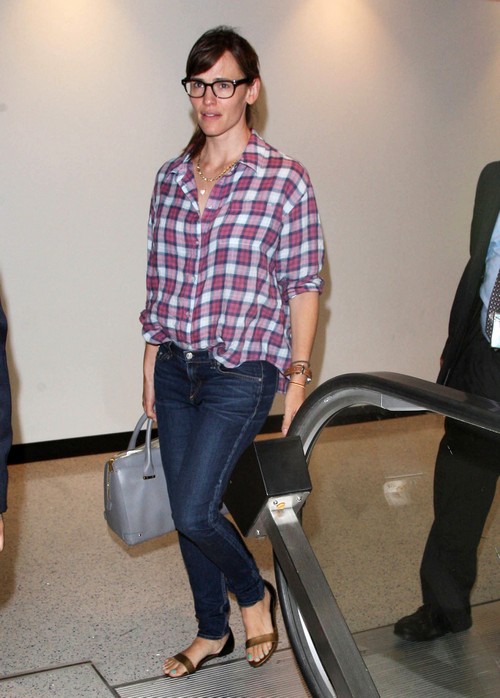 Jennifer Garner and Ben Affleck are featured in People Magazine for their anniversary, using the magazine as their public image and marriage fixing tool. This isn’t the first time that Ben and Jennifer have used the tabloids to their benefit, although it might be the first time they’ve done it so blatantly.

See, Jennifer’s and Ben’s marriage anniversary is coming up, right on the heels of allegations concerning Ben’s gambling addiction, rumored drug addiction, and his cheating affairs. That’s a lot for any marriage to take, much less one that was already on tenterhooks.

So what do Ben and Jennifer do? They use People Magazine to place a strategic news item in People about how Jennifer flew all the way to Detroit to spend their marriage anniversary together. It’s quite funny because the magazine makes it sound as thought it was such hard work, even though all Jennifer had to do was get on a flight – and that too, probably first class.

A ‘source’ also told People, “She never understood his gambling obsession and she doesn’t want him to be in the news [for it]. [But] she’s the most patient wife ever and is still very much in love with Ben.”

This is giving me a major PR-fixing vibe, and that’s exactly what I think the goal of this report was. Instead of working on their marriage, Ben and Jennifer are doing their best to make sure that WE stop speculating about it. Well, then don’t give us something to speculate about!

If they’re working this hard at saving their marriage – and nothing gives that away more than a People blurb – then there’s clearly something wrong. If they had just stayed quiet and kept their heads down, the gossip would have died down eventually – provided Ben stopped gambling, of course. But now, they’ve just increased the number of rumors about their marriage, and guaranteed a couple of divorce stories in the horizon. The sad thing is, those stories will probably end up coming true, especially if Ben continues with his partying, drinking, gambling, and philandering. Not to mention, he’s spent so much time away from his family – and to play a rebooted Batman, no less – that I don’t think Jennifer even cares anymore.

Jennifer Garner arriving on a flight at LAX airport in Los Angeles, California on June 30, 2014.