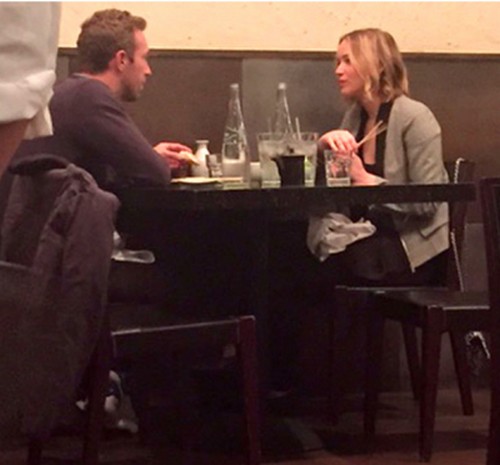 Jennifer Lawrence is no quitter and she has banned pushy jealous Gwyneth Paltrow from interfering in her relationship with Chris Martin. Jennifer Lawrence and Chris Martin are back together, and that much is clear to everyone. Even if there were doubts about whether Jennifer and Chris were dating or broken up last month, that was cleared up when the duo were spotted having a low-key, intimate dinner in LA a few weeks ago. However, there are many questions as to why, how, and when Jennifer Lawrence and Chris Martin got back together after their last breakup, especially if Gwyneth Paltrow was the reason behind that breakup.

As we’ve covered extensively, Chris Martin and Gwyneth Paltrow still have a very close relationship with each other, despite having been broken up for almost a year. Sources close to Jennifer had admitted that Chris’ intimacy with Gwyneth was the main reason that Jennifer and Chris broke up, especially since Jennifer didn’t want to involve herself in any more tabloid drama after her Nicholas Hoult breakup.

But alas, whatever barrier was keeping them apart was clearly fixed, since Jennifer and Chris are back together. According to Naughty Gossip, Jennifer has given an ultimatum to Chris – keep Gwyneth away, or they’ll break up. A source close to the situation explains, “Gwyneth was the main problem last time. Now Chris is keeping her away. He really likes Jen and doesn’t want to blow this again.”

Well, of course he ‘really’ likes her. Jennifer Lawrence is basically a less annoying version of Gwyneth Paltrow twenty years ago, and Chris is a rock star. He really can’t do better than the most famous and beloved female celebrity in Hollywood, and he probably knows that Jennifer will eventually come to her senses and dump his ass.

Do you guys think that Chris Martin and Jennifer Lawrence will stay together, with or without Gwyneth Paltrow’s involvement? And first of all, will Gwyneth even listen to Chris if he tells her to stay away? Let us know your thoughts in the comments below.