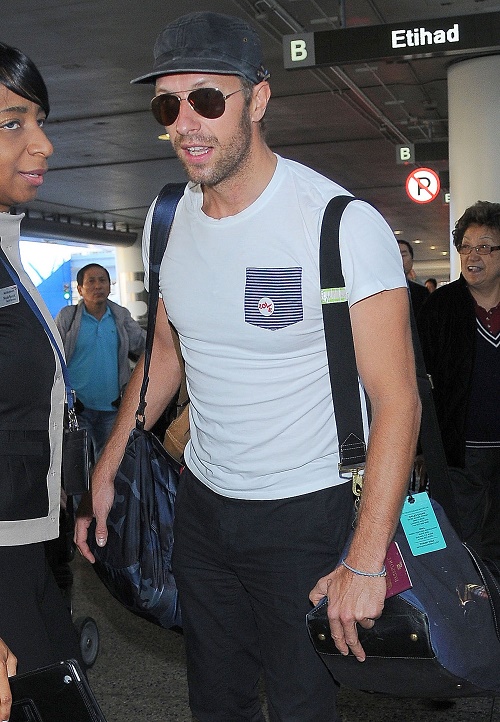 Chris Martin made a paparazzi-intensive return to Los Angeles from London this past weekend, and he got swarmed by autograph seekers at the airport. However, the big question that nobody asked him was what prompted his return to LA – his ex-wife and frequent lover, Gwyneth Paltrow? Or his new, on-again/off-again girlfriend, Jennifer Lawrence?

For those not keeping track of Chris Martin’s complicated love life, he’s currently in a weird, open marriage situation with Gwyneth [who also supposedly has a boyfriend right now], but he’s also ‘dating’ Jennifer. Yeah, I’m not sure what to say either….

There’s only so long this situation will last, especially considering that Jennifer Lawrence isn’t one to put up with this kind of BS in her romantic life. I keep saying that it’s inevitable that JLaw return to Nicholas Hoult, which means that Chris Martin’s time with her is ticking. But that also means that Chris and Gwyneth would need to figure out their situation, which seems to get more complicated by the month. Are they together? Are they just sleeping together? How is Chris juggling two A-list women in his life right now? How is he even managing to keep Jennifer Lawrence around? All mysteries to wonder.

If there’s one thing clear, it’s that Chris Martin is loving his life right now. He’s somehow convinced all the women in his life to let him play Russian roulette with their romantic interests, and he shows no signs of slowing down. Remember, before it was Jennifer Lawrence, it was Alexa Chung. So basically, it’s Gwyneth Paltrow who’s gotten suckered into letting him date younger and younger women each time, but it’s not like she’s getting no compensation from this – she gets to look like the cool, unjilted ex-wife to the public. Trust me, Gwyneth Paltrow would do anything for a bit of good publicity.