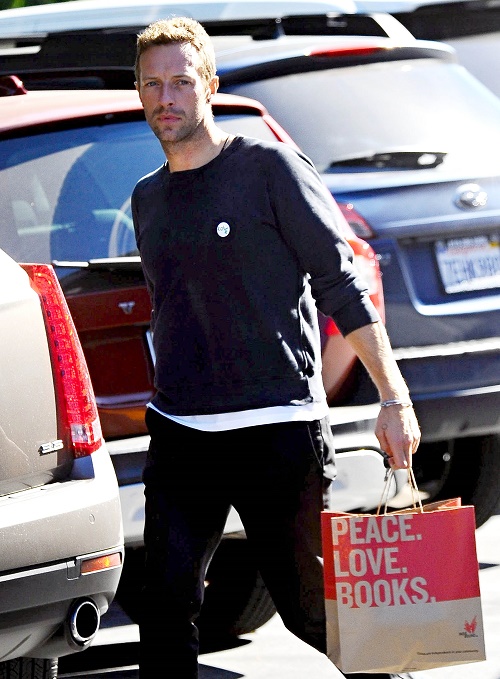 Well, the love triangle between Gwyneth Paltrow, Chris Martin, and Jennifer Lawrence rages on as it seems Chris is still sleeping with both of them. What a tangled web these “A” list celebrities are weaving. After Gwyneth and Chris’s infamous “conscious uncoupling,” the rocker began dating Hunger Games star Jennifer Lawrence, and their relationship appeared pretty solid – except for the obvious, Chris was still technically married to Paltrow. Recently, Chris and Jennifer’s whirlwind romance hit some bumps, and she began allegedly sneaking around with her co-star Liam Hemsworth, which caused Chris’s jealous streak to kick in and him to launch a full-blown campaign to win back Lawrence.

But, according to new reports, Chris Martin wants to have his cake and eat it too. The rocker apparently wants Jennifer Lawrence all to himself, but he won’t give up Gwyneth Paltrow either. The December 22nd edition of OK! Magazine reveals, “Call it conscious recoupling, Gwyneth Paltrow and Chris Martin were inseparable during a recent trip, and a source says it could only be a matter of time before they reunite for good.” OK! goes on to explain that Gwyneth and Chris recently travelled together to events in Texas and New York – and staying in one hotel room with each other in both cities!

It’s unclear whether Jennifer dumped Chris because she figured out he was still sleeping with Gwyneth, or if Chris and Jennifer had a completely unrelated falling out so he ran and hopping back in bed with Gwyneth because he can’t stand to be single for a day. Regardless of the circumstance, one thing is for sure, Chris Martin is playing a dangerous game. He may be “conscious recoupling” with Gwyneth, but everyone knows he is also trying desperately to win back Jennifer.

So what do you think of Chris Martin? Does he belong with Gwyneth or Jennifer? Or should they both kick him to the curb because he clearly can’t make up his mind? Let us know what you think in the comments below!