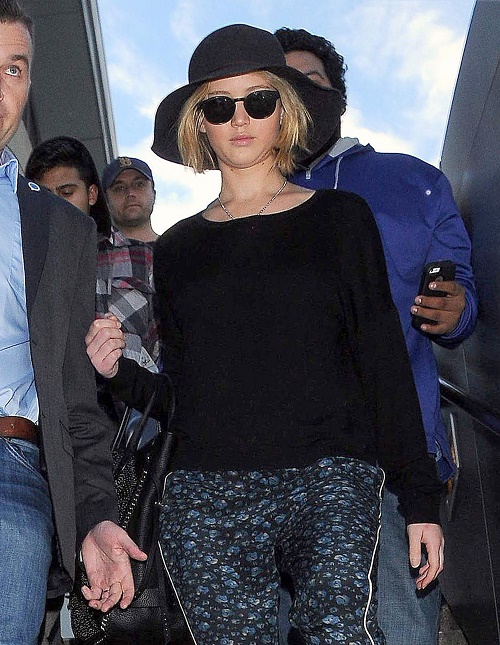 According to the January 26th edition of OK! Magazine, “Disney executives are clamoring to get the star for the highly anticipated Frozen sequel. Jen’s husky rendition of “The Hanging Tree” in Mockingjay Part 1 surprised everyone. Now execs think that she could be the new Kristen Bell! Even though Jen has admitted that she hates singing, Disney honchos think it would be worth their while to persuade her.” An insider went on to explain to OK! that, “She’s [Lawrence] such a relevant star, she would bring tons of fans to the next film.”

Everything Jennifer Lawrence touches seems to turn to gold, but after Kristen Bell’s stellar performance in the original Frozen film and the success of her single, Jennifer has a tough act to follow. If she signs on to the franchise it will definitely boost sales when Frozen 2 is released and Disney will surely benefit – but considering the magnitude of the first hit, it could totally backfire for Jennifer Lawrence if she doesn’t nail the singing. In all actuality, signing on to Frozen 2 could be career suicide for the Hunger Games star if she doesn’t wow critics with her performance.

Are you a fan of Frozen? Do you think that Jennifer Lawrence could pull off the lead role in Frozen 2, or is she better off passing on this gig and not taking the chance that she could bomb in it? Let us know what you think in the comments below!