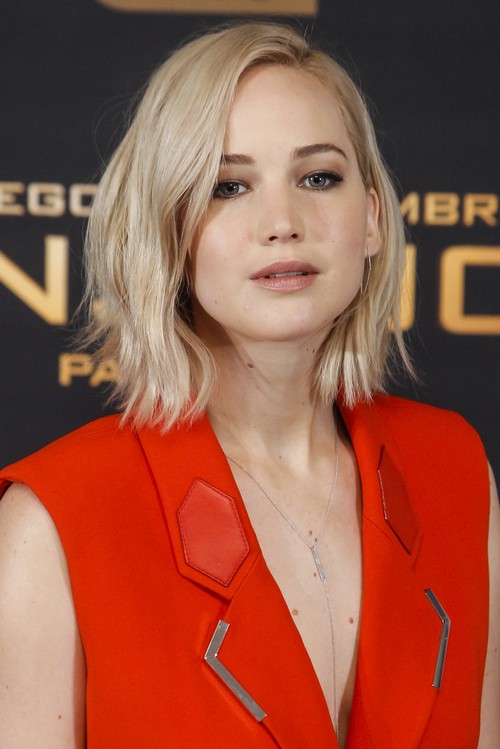 Chris Martin and Jennifer Lawrence’s last break-up looks like it may have been the real deal, unlike the couple’s previous splits – they have not gotten back together and Chris is dating other people. According to a new report, there is some bad blood between the Hunger Games actress and Gwyneth Paltrow’s ex-husband. Apparently, J-Law feels like Chris took advantage of her and used her!

A new report from The National Enquirer reveals that Jennifer Lawrence is furious with Chris Martin – and she can’t believe that he is already moving on so quickly since their break-up! An insider close to J-Law dished to the tabloid, “She now knows she was just a fling. She thinks Chris wasn’t looking to get serious, even though he told her he was. He never introduced her to his kids. That hurt her badly.”

We are definitely Team J-Law over here, Chris Martin got a much younger, hotter, and down to earth girlfriend when he began hanging out with Jennifer Lawrence. Seriously, after dealing with Gwyneth Paltrow – he should have been kissing the ground that J-Law walked on.

Do you realize how many dudes would have literally sold their left kidney to be in Chris Martin’s position? Instead, Chris played with J-Law’s feelings, wasted nearly a year of her life, and might or might not have cheated on her with Kylie Minogue.

In Chris’s defense, and this is the only defense that we really could think up for him – he was straight off a break-up with Gwyn and J-Law should have known that dating someone who was “conciously uncoupling” from his wife of several years was not going to be smooth sailing.

What do you guys think? Does Chris get a free pass because of his divorce? Or did he play Jennifer Lawrence and waste her time? Let us know what you think in the comments below!

Photocall for “Hunger Games : Mockingjay Part 2” at the Villamagna Hotel in Madrid, Spain on November 10, 2015. FameFlynet