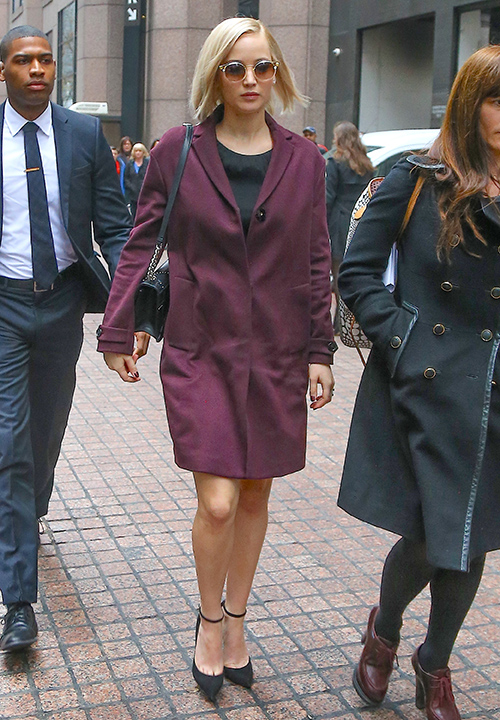 Jennifer Lawrence has proclaimed Saint West American Royalty! Is Kate Middleton disgusted by the statement? Is Duchess Kate refusing Kim Kardashian’s request for play dates? Yes, you read that correctly! Jennifer has compared the birth of Kimye’s son Saint to the birth of Princess Charlotte. Lawrence has caused a lot of controversy this year and this latest statement just adds to that.

Arguing over the disparity of salaries between the men and women of Hollywood, “accidental” wardrobe malfunctions, Jenn is holding onto her 15 minutes of fame for dear life, or so it seems.

The actress recently became besties with Kris Jenner and the momager’s brood. Saint’s birth was an exciting event for Lawrence and she can’t wait to see pictures of Kim Kardashian and Kanye West’s little boy. But Jennifer’s most excited that Princess Charlotte and Saint West might fall in love with each other as teenagers, get married and live happily-ever-after. Prince Saint? Duke Saint?

Kate Middleton has snubbed Kim in the past, refusing play dates between Prince George and North West. The future Queen Kate probably has no intention of allowing Princess Charlotte meet Saint. But Jennifer Lawrence is still super excited by the possibility. The longtime fan of “Keeping Up With the Kardashians” told E!, “I can’t wait for it to be 16 years from now, we’ll have a teenage princess. That’s just the same in America and we’ll have a little prince.”

Kanye West may think Saint is some kind of prophet, but the rest of the world doesn’t. The rapper may have named a CD “Watch the Throne,” but Little Saint isn’t going to get anywhere near a throne. Unless, of course, Kimye buys the little guy a throne all his own.

Why on earth would Kate Middleton want Kim Kardashian’s kids anywhere near the third and fourth-in-line to the throne? Was Jennifer Lawrence joking when she compared the importance of Princess Charlotte’s birth to that of Saint West?

Let us know what you think in the comments section below and come back to CDL for all the latest Kardashian and Royals news and gossip.