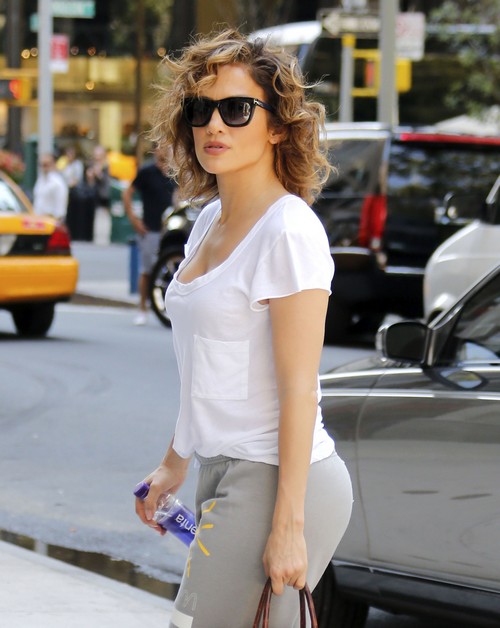 Jennifer Lopez is never ever getting married again – but her much younger boyfriend and former back-up dancer Casper Smart just can’t seem to take a hint. J-Lo has been married and divorced three times now, and that’s not counting her engagement to Ben Affleck who infamously cheated on her with a stripper just a few days before their wedding date. The American Idol judge has no desire to make another trip down the aisle, but Casper won’t stop proposing to her!

According to this week’s edition of Life & Style Magazine, Casper Smart has proposed to Jennifer Lopez on more than one occasion this year – and every time the singer shuts him down and rejects him. But, he won’t seem to take ‘no’ for an answer. An insider dished to the tabloid, “Since they got back together earlier this year he has proposed at least five times. Every time he pops the question it bugs the hell out of her. She finally snapped and told him to stop asking, but he won’t.”

Well, we got to hand it to Casper – dude is not a quitter. But, at what point do you finally take the hint? After five proposals and rejections, it’s safe to assume that your girlfriend wasn’t kidding and she really doesn’t want to get married or have another wedding. Life & Style’s inside source added, “She loves Casper, she just doesn’t want to marry him. She told him it is never going to happen, period.”

Who would blame Casper Smart for wanting to marry J-Lo? She’s gorgeous, talented, successful, and rich as hell. It’s a no-brainer. If J-Lo doesn’t want to get married, that is her choice – but the next time Casper Smart cheats on her, we won’t have any pity. Just because she has three failed marriages under her belt, doesn’t mean that Casper doesn’t deserve a chance to settle down and start a family. If Jennifer Lopez doesn’t want to do that, she can’t get mad when he finds someone else who will accept a ring from him.

Do you think that Jennifer Lopez is making a mistake not marrying Casper Smart? Could this lead to another break-up for the couple? Or is J-Lo wise to turn him down because she knows if they got married it would just en in another divorce? Let us know what you think in the comments below!