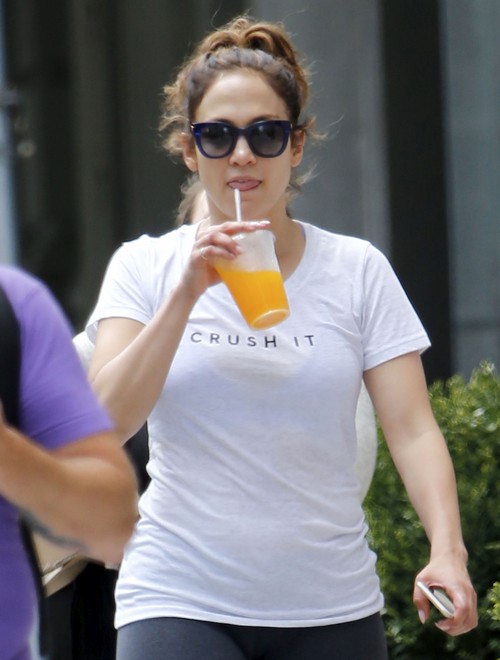 Jennifer Lopez is getting married! The American Idol judge and singer is apparently tying the knot with her much younger boyfriend and former back-up dancer Casper Smart, after many years of on and off dating. J-Lo is no newbie when it comes to wedding planning, after all she has already made a trip down the aisle to say her “I Do’s” three times now – so we’re sure the ceremony will be perfect. That is, as long as Casper Smart doesn’t cheat on her again before their wedding day arrives.

According to a new report from Naughty Gossip, “JLO has started to plan a wedding with her 28-year-old boyfriend, Casper Smart. The buzz is that her 4th marriage will take place in October!” Jennifer Lopez and Casper Smart have broken up and made up more times than we care to count, so we aren’t going to get too excited until the big day actually arrives – a lot could happen between now and October.

Ironically, Jennifer Lopez has been reportedly talking to her ex Ben Affleck ever since his divorce from Jennifer Garner was official – and CDL reported last month that Casper Smart was shaking in his boots because he was scared J-Lo was going to dump him for her former flame Affleck. Insiders were reporting that Casper was stepping up his boyfriend game, because he was scared he was going to lose his girlfriend/cash cow to her old fiancée. So, more than likely Casper popped the question and asked J-Lo to marry him to ensure that she didn’t ride off in to the proverbial sunset with Ben Affleck.

Do you think that J-Lo and Casper Smart will actually say their “I Do’s” on their wedding day, or will they break up again before the big day arrives? Let us know what you think in the comments below!