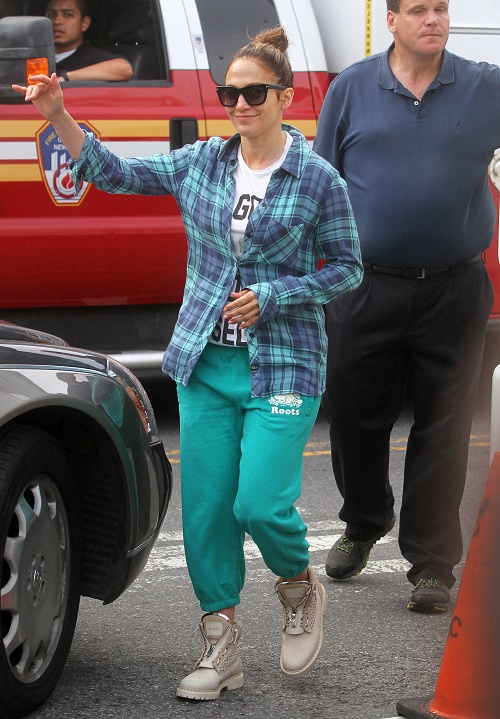 Jennifer Lopez recently took back her boyfriend Casper Smart, despite a messy cheating scandal in 2014 when it was revealed that Casper was having an affair with a transsexual model. Apparently, J-Lo never got the memo, “Once a cheater always a cheater.” According to a new report, Casper Smart cheated on Jennifer Lopez AGAIN after she took him back, this time with Lebanese pop-star Haifa Wehbe.

According to a report in the June 29 edition of In Touch Magazine, Casper Smart met Haifa while dancing with her on the set of her music video “Breathing You In.” Just like when he worked with Jennifer Lopez nearly five years ago, Casper made a move on Haifa and began hooking up with her after the cameras stopped rolling. In Touch Magazine’s inside source reveals, “They began a secret affair that lasted until this spring. J-Lo saw texts between Casper and Haifa, that’s how she uncovered the affair. She became possessive and controlling, she was furious and forced him to sever all ties with Haifa.”

We’re a little confused, if Jennifer Lopez caught Casper Smart cheating on her…again, why didn’t she just kick him to the curb? J-Lo has always promoted “girl power,” and constantly talks about empowering women, but she seems to have a tough time applying those ideas to her own life. Maybe it is time for Lopez to start practicing what she preaches, and cut off cheating Casper for once and for all. At this stage, Casper is never going to be loyal to her, because he knows that if he cheats on her she will just forgive him and eventually take him back.

Can you believe that Casper Smart cheated on Jennifer Lopez AGAIN? Or are you more shocked that Jennifer Lopez actually forgave him AGAIN? Let us know what you think in the comment section below!