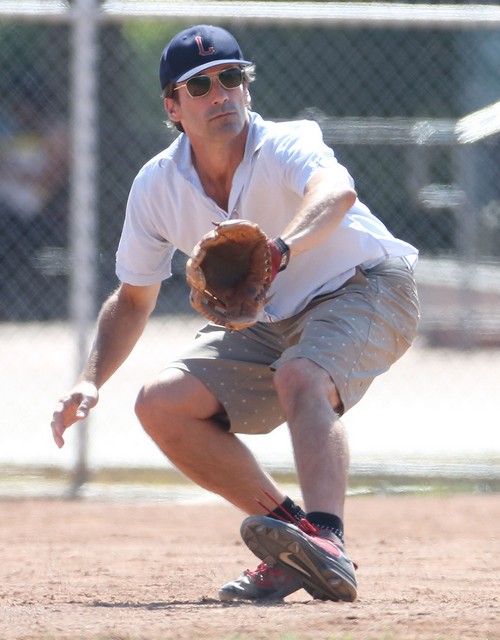 Jennifer Westfeldt and Jon Hamm were spotted getting pretty comfortable as they attended a recent event together and Jennifer’s family is fuming that she decided to reconcile with the “Mad Men” star. Westfeldt was spotted out with Hamm at a tribute to late Mike Nichols, who produced their mutual film, “Friends With Cars.” Hamm and Westfeldt started a lot of talk when they were spotted cuddled up together at the event just two months after news of their ugly breakup.

Westfeldt’s family reportedly loved Hamm and considered him a part of the family until news of his split with Jennifer about two months ago. According to an L & S magazine report, Jennifer Westfeldt was dumped by Jon Hamm after 18 years together. Westfeldt tried to cover for her former boyfriend by claiming that the split was mutual but her family became angry when Jennifer later admitted she was dumped by Hamm.

The “Mad Men” star was headed into rehab for alcohol abuse as his AMC hit series was ending and apparently Jon wanted to start completely over, including his longtime relationship. Jennifer was understandably heartbroken about the split and when Westfeldt told her family about Jon’s decision to move on, they were furious with the “Mad Men” actor.

Now that Jennifer Westfeldt and Jon Hamm have been spotted together again, there are rumors that the longtime couple might be trying to save their relationship. They were together for 18 years after all and it’s hard to throw that much history out the window despite the fact that Jon and Jennifer never were married.

Now that Hamm is out of rehab and reportedly staying sober, it looks like he might want to work on his relationship with Jennifer too. Westfeldt has been their for her “Mad Men” boyfriend through all of the highs and lows throughout his career and it’s not really a surprise that she took Jon back.

Getting Jennifer to forgive him was the easy part but if Jon wants to really repair his relationship, it will take some real work to convince his girlfriend’s family to trust him again. All they see is the heartless jerk who broke their girl’s heart. Now if Hamm wants to really make an impression, maybe it’s time to go ahead and commit to his longtime girlfriend and get married to Jennifer Westfeldt. Otherwise, Westfeldt’s family might never fully forgive Hamm for breaking Jennifer’s heart.