Jon Hamm, Jennifer Westfeldt Announce Breakup: Alcoholic Past Too Much Baggage For Her? 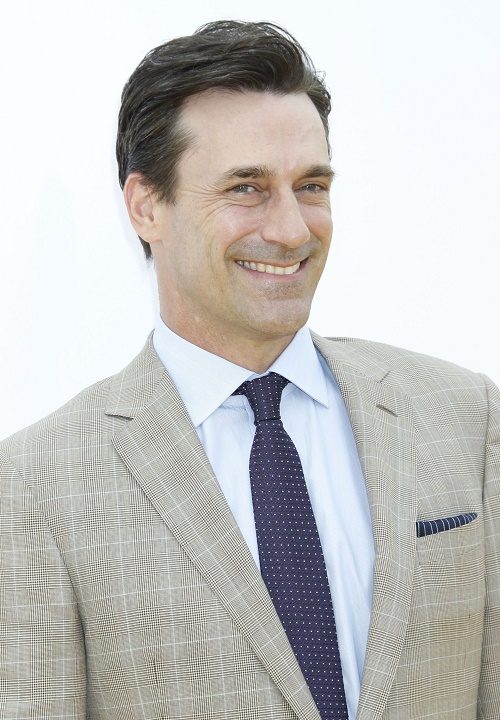 Mad Men star Jon Hamm and Jennifer Westfeldt’s breakup is official. Rumors were floating around for weeks now that the couple had gone their separate ways – and now Star Magazine is confirming that their relationship is over. In April, Jon was promoting the final season of Mad Men with his co-stars and Jennifer was nowhere in sight. People began to speculate that she and Jon had broken up. He also confessed that he had taken a secret trip to rehab for alcohol abuse, which further fueled rumors that there was trouble in paradise.

This week’s edition of Star Magazine confirms what we have all suspected for quite a while – Jon Hamm and Jennifer Westfeldt are definitely over. A source dished to Star Magazine, “The relationship just ran its course.” The insider went on to reveal that Jennifer desperately wanted to get pregnant and start a family, and she and Jon were not on the same page. The actor had been adamant for several years that he did not want to have children.

Ironically, Jon Hamm is reportedly dating Sandra Bullock – who has a son of her own. So, basically, he didn’t want to have children with Jennifer Westfeldt, but he is totally okay with playing step-daddy with Sandra and her son Louis? That’s cold. According to In Touch, Sandra and Jon got close while working on the new Minions movie, and since they finished promoting it, they have still been spending a lot of time together.

Sandra has been single for a super long time, so we couldn’t be happier for her – hey, a boyfriend is a boyfriend, right? But we’re a little concerned that Jon Hamm could leave her broken-hearted once again. We’re sure Jon is cool and all, but he just finished a rehab stint and ended a 16-year relationship – that’s a lot of baggage. Not to mention the fact that he doesn’t want children but is dating a woman with a child? That’s a recipe for disaster.

Can you believe that Jon and Jennifer are really over? How do you feel about him dating Sandra Bullock? Let us know what you think in the comments below!

Update: September 7, 2015 Jon and Jennifer have confirmed their amicable breakup to People – note that CDL via Star told you this 2 months ago – as is typical in Hollywood, today’s gossip is tomorrow’s news.