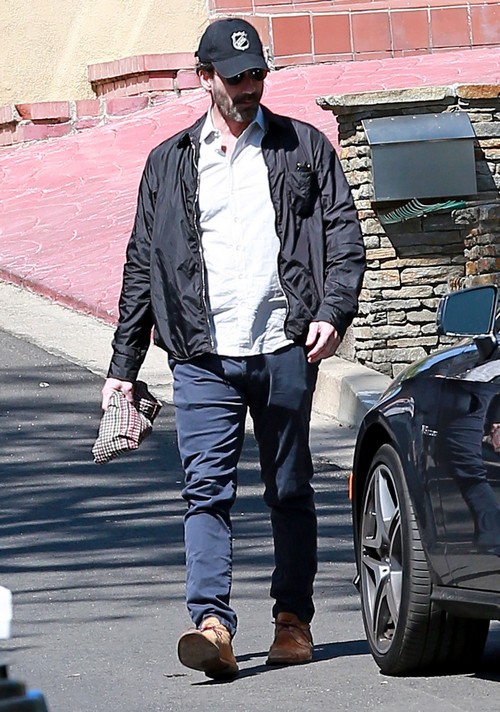 Jon Hamm and Jennifer Westfeldt have been dating for 18 years, but a new report claims that Jennifer actually broke up with Jon before his recent alcohol rehab stint. According to sources, Jennifer dumped Jon because of his ‘lack of commitment’ and the fact that he was still refusing to settle down and get married.

A source told the Mail, “She told him it was over before he checked into rehab. She was tired of waiting for a commitment from Jon. Jennifer wants a life that Jon can’t give her. Jennifer was tired of it. People are happy for her and hoping she never takes him back.”

Well, there’s that – and there are also the rumors that he’s been cheating on Jennifer for years with girls half his age. Nobody’s ever proven anything, but if it took this long for it to get out that he had an arrest warrant out for assaulting a fellow student in university, then he clearly keeps his shit together.

Plus, Jon Hamm is 44 years old and Jennifer Westfeldt is 45 years old – if they were going to get married, they would have done it by now. And if a ring is what Jennifer is holding out for, then she’s better off ditching Jon now and trying to find someone willing to give her what she wants – whether that be marriage, kids, or both.

And really, it seems like Jennifer also got sick of Jon’s drinking and partying. Even though he voluntarily went to rehab, one month isn’t enough to cure anybody of an alcohol addiction – and Jennifer probably knows that. It might have just gotten to be too much for her, and she just decided to cut ties while she still could.

What do you guys think? Did Jennifer Westfeldt dump Jon Hamm? Let us know your thoughts in the comments below.