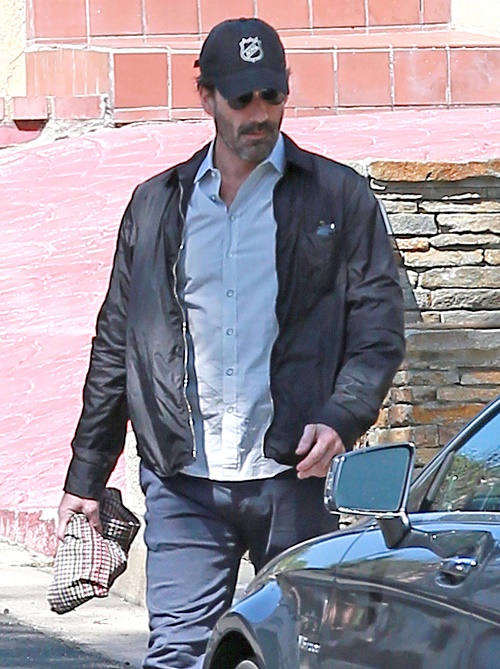 Actor Jon Hamm recently shocked fans of his hit drama Mad Men by completing a 30-day stint in rehab. The Don Draper portrayer managed to check himself in to a rehab facility for alcoholism under the radar and completed a 30-day program without the media finding out. Hamm completed his program just in time to promote the final season of Mad Men with his costars. Ironically, the character that Hamm plays on Mad Men also has struggled with a drinking problem over the show’s seven seasons.

Unlike many other actors and celebrities, Hamm managed to hide his issues with alcoholism from the public eye – but according to a new report Hamm’s drinking problem began much like everyone else’s and was related to his tragic childhood. The April 13th edition of Star Magazine reveals that Jon Hamm’s parents divorced when he was just two years old, the actor was raised by his mother until he was 10 years old and she passed away unexpectedly. Then he was forced to go live with his estranged father, Dan Hamm, who turned out to not be much of a father at all – and passed away while he was away in college.

According to Star Magazine, Jon’s trip to rehab wasn’t just about dealing with his issues with alcohol, but coming to terms with his childhood. A source close to Hamm dished to the magazine, “It’s wonderful that Jon took the bull by the horns and addressed his problem. Everyone who knows him is proud of the steps that he has taken to get his life back in to order.”

Were you as shocked as we were to find out that Jon Hamm was in rehab? Isn’t it remarkable how much the actor really is like his character Don Draper? Did you know Jon Hamm had such a troubled childhood? Let us know what you think in the comments below!