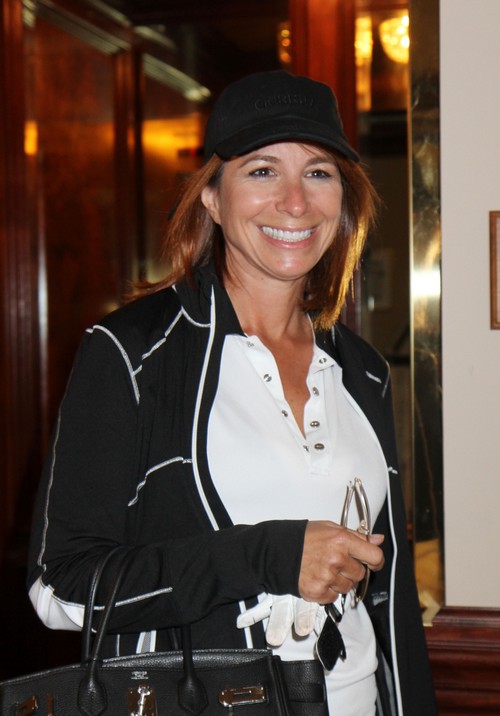 Jill Zarin – one of the original stars of “The Real Housewives of New York City” – has told Andy Cohen she refuses to appear on the reality television show’s 100th episode special. And the reason may – or may not surprise you. Jill wants credit for creating the show.

Executive producer Andy Cohen reached out to Jill and insisted she participate in “The Real Housewives of New York City” 100th episode special – according to an exclusive insider report from All About the Tea. Apparently Cohen has been very enthusiastic in his belief that Jill was the “original creative force” and “common denominator” that brought together Ramona Singer, LuAnn de Lesseps, Bethenny Frankel and Alex McCord. Now Jill wants Andy to turn his private statements into a public declaration.

The inside source says that Jill had prepared a statement she wanted Andy Cohen to read during the “The Real Housewives of New York” special – and Cohen flat out refused. The source says neither Zarin nor Cohen is budging. Jill isn’t going to appear on the 100th episode special and Andy isn’t going to read ANY public statement declaring the former reality television star as the creator of the show. Jill has made no secret of the fact that she is STILL bitter over being fired by Bravo. She was granted a sit down on “Watch What Happens Live” and the duo aired their dirty laundry – but apparently that wasn’t enough for Jill Zarin!

The craziest moments fans loved – or loved to hate – will not be seen on the special. Can you imagine the 100th episode celebration without scenes of Jill dispensing advice to Bethenny – there were MANY of those moments. How about the infamous Jill/Bethenny “I’m DONE!” scene? Alex delivering the “I’m DONE!” message from Bethenny to Jill at Ramona’s skincare line party?

And let’s not forget Jill and Bobby showing up unexpectedly in St. Barth’s and making ALL the ladies VERY uncomfortable – remember Alex shaking and crying? There are just way too many moments that fans will miss seeing if Jill and Andy cannot reach some sort of compromise. Will you watch the “RHONY” 100th episode special if it’s necessary to leave out all things Jill Zarin?