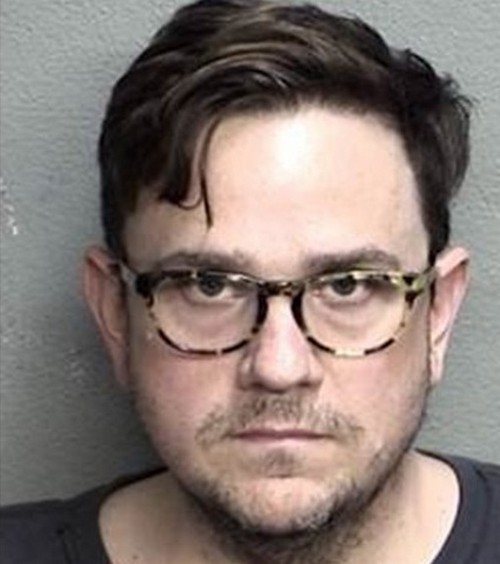 The Big Bang Theory star Jim Parsons credited his 2010 Emmy win for the wildly popular TV show to his pal, former roommate, and mentor, 47 year old Greg Stanley – now Greg is caught up in an underage sex scandal, and it’s not a good look for Jim Parsons. On national television Jim took the stage at the Emmy Award show and raved about Stanley, who is a theater arts teacher at College Station High-School. According to a new report, Greg Stanley was arrested for luring an underage student to his house and trying to have sex with him.

TMZ is reporting, “Greg was arrested in College Station, Texas after a 17-year-old complained Stanley lured him to his home last month, served him alcohol and sexually assaulted him. Stanley was a theater arts teacher at College Station High School, where the 17-year-old attended. According to cops, a conversation after the incident between Stanley and the 17-year-old was recorded, in which Stanley reportedly said he would give the boy a prominent position within a student organization “if we could just move on.”

The only reason Greg Stanley wasn’t charged with child molestation is because the legal age of sexual consent in Texas is 17 years old, not 18 years old like other states. So far Jim Parsons has not addressed the situation – but there is a such thing as bad press, and that’s when you have linked your career to someone who allegedly molests teenagers, and then tries to bribe them to keep quiet.