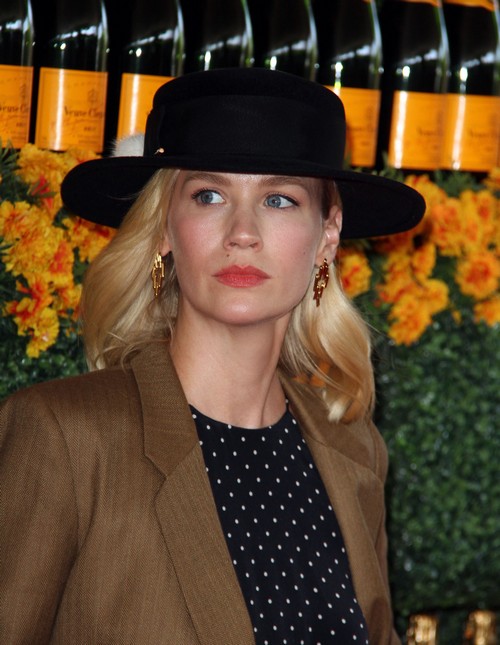 Jon Hamm and January Jones have been spotted on numerous dates recently and news of their relationship has the “Mad Men” star’s ex Jennifer Westfeldt completely heartbroken after she tried so hard to get him back.

Jon and January were trying to keep their new romance under wraps considering the recent timing of the breakup of Hamn’s lengthy relationship with Westfeldt. Now that the cat is out of the bag, Jennifer is understandably crushed.

Hamm and Jones talk on the phone almost daily and it’s not about work according to a report in the National Enquirer. The “Mad Men” couple have also been spotted eating dinner together in restaurants on the outskirts of Los Angeles.

Apparently they are picking spots where the sneaky couple think they won’t be seen. Sources claim that Jon and January also sneak over to each other’s houses on occasion too. The now off-screen couple are very private and even though they are obviously very into each other, Hamm and Jones also are still trying to keep their romance private.

Hamm split with Jennifer Westfeldt after 18 years together back in September. The “Mad Men” star reportedly needed some space from the notoriously controlling girlfriend. Hamm completed a 30 day treatment for alcohol abuse back in March and apparently life without alcohol also meant life without Jennifer.

When Hamm couldn’t take it any longer, he walked away from his longtime girlfriend. It as even more clear to Jon Hamm that he needed to stay separated from Jennifer Westfeldt after they attempt to reconcile in November. That is when Hamm realized that he really enjoyed spending time with his ‘Mad Men’ TV wife, January Jones.

After Jon Hamm completed his stint in rehab, the “Mad Men” actor turned to his co-star January for support and advice. According to the National Enquirer, Jones was happy to lend and ear and she also reached out to Jon during a difficult split from Will Forte around the same time.

The AMC co-stars bonded over heartache and Hamm’s commitment to sobriety. Now that Jon and January have spent so much time together both on and off-screen, it’s pretty obvious that they are much more to each other than just co-workers.