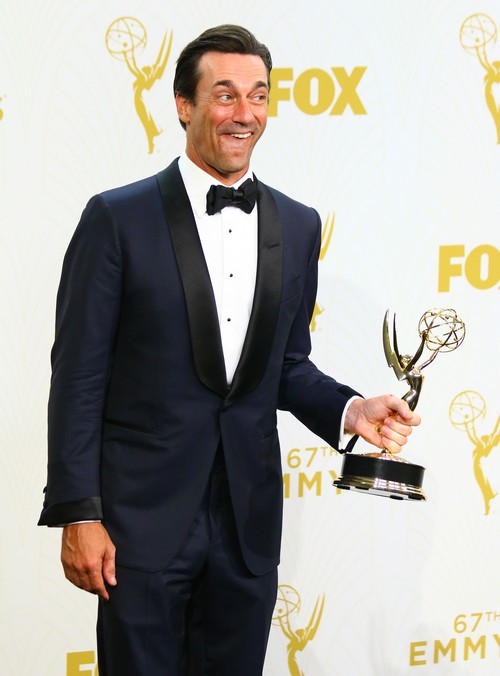 Mad Men star Jon Hamm and his longtime girlfriend Jennifer Westfeldt’s break-up in early September was about a baby and shocked fans of the Hollywood actors. Seriously, after 18 years – regardless of whether they were married or not – you would have thought that their relationship was pretty solid. In early 2015 Hamm and Westfeldt confirmed that the actor had done a 30 day stint in rehab and got out right before the final season premiere of Mad Men, and we all assumed that his drinking problem had something to do with their break-up. But, it turns out that Jennifer dumped Jon because she wanted babies – and was tired of being strung along for nearly two decades!

According to this week’s edition of In Touch Magazine, Jennifer Westfeldt was totally okay with her boyfriend Jon Hamm’s drinking problem and marriage phobia – but not having babies and starting a family was a deal-breaker and inevitably lead to their break-up.

An inside source close to the couple dished to In Touch Magazine, “Jennifer always wanted to be a mother. When she told him that she wanted to harvest and freeze her eggs, he told her to do whatever she wanted – but he had no intention of having kids with her. She finally realized that her friends and family were right, he’s a rat!”

Ironically, rumors were floating around that Jon Hamm wanted a family – and that is why he and Jennifer ended things, because she didn’t want to give up her career to be a mother. In Touch Magazine’s sources insist that it was the other way around, and Jon was just leading Jennifer on and after 18 years she realized she wasn’t getting a baby.

This seems to be a recurring issue for Hollywood couples, you would think that after the first 10 years Jennifer would have realized that she and Jon had completely different life plans, definitely after 15 years she should have saw some red flags. It was wrong for Hamm to string her along, but after 18 years – Jennifer needs to take some blame too, she should have seen the writing on the wall.