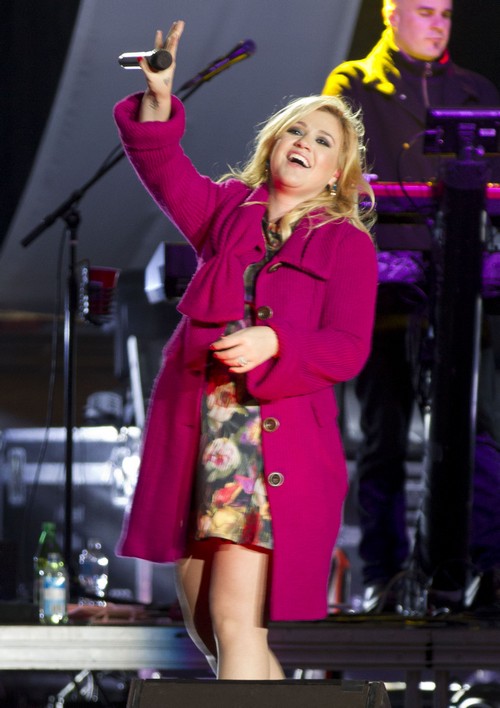 The last six months have been extremely long for Kelly Clarkson. Last October she married Brandon Blackstock who she thought was the man of her dreams but about 6 weeks after swapping vows drama rolled in. Kelly announced her pregnancy, news that absolutely thrilled her and about a hot minute later not one but two women came forward insisting that they had hooked up with her husband in recent months. Kelly came out swinging in defense of her new husband and then it was crickets. She has been hiding out for the majority of her pregnancy and acting completely reclusive.

While Kelly publicly defended her man that doesn’t mean that behind the scenes she has trusted him. In fact it has been just the opposite. She feels disrespected and publicly humiliated by Blackstock but wasn’t about to leave him while expecting their child. To the press it would mean that he really was caught cheating and Kelly hasn’t wanted to deal with the extra scrutiny while surviving a physically tough pregnancy. She is scheduled to deliver their daughter somewhere around June 19th and once that happens expect the current situation to change radically.

According to sources close to Kelly her focus has shifted in the last 6 months. Instead of focusing on building that happily family she is completely focused on her daughter. Kelly can’t wait to meet her baby girl and from what we are hearing it’ll also mean that she can kick Blackstock to the curb. In her mind he ruined their chance for a happy family and she is more than ready to put an end to the marriage and focus on being a single mom to her daughter. How long do you think it’ll take for Kelly to file for divorce once she delivers her baby? Tell us your thoughts in the comments below!