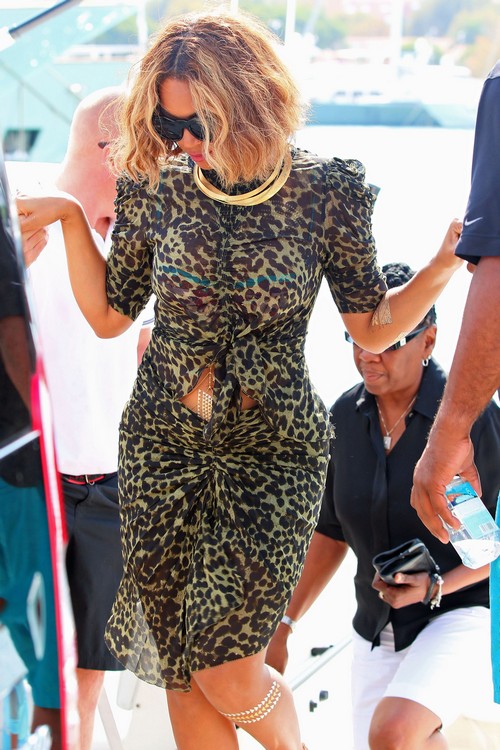 Beyonce and Jay-Z are trying everything in their power to cover up their disastrous PR mess from the last few months. Divorce? What divorce? At least, that’s what they want you to believe. Baby bump rumors, singing about Beyonce’s next pregnancy, making public appearances every other day, trotting out Blue Ivy for conveniently placed photo-ops. What, you think that’s all a coincidence? Beyonce and Jay-Z are engaging in a massive media cover up, and audiences are just lapping it up.

For what it’s worth, we’ve heard from very legitimate sources that just two months ago, Beyonce and Jay-Z were all set to file for divorce. They had their documents ready, Beyonce had her apartment picked out, and they were going over Blue Ivy’s custody.

But suddenly, they decided that they weren’t getting divorced at all – for now. Our sources add that Beyonce and Jay-Z are still planning on getting divorced, but this is just a temporary cover-up in order to milk every last drop of good will from the audience. Let’s face it – this is the MOST visible that Beyonce and Jay-Z have ever been, and there’s obviously a reason behind it. They’re not the type to give in to every whim and fancy, which means that they have a bigger plan afoot.

Perhaps Jay-Z’s just humoring Beyonce, at least until his next affair. Perhaps Beyonce realized that she doesn’t want to live as a single woman. There are so many different explanations to this, but if this whole public facade is just temporary, then they’re getting something out of their endless PR machinations. Maybe they’re planning another tour, or maybe they’re doing another album together. Whatever it is, it’s worth an extra few months of pretending as though they’re one, big, happy family.

Oh and here is Beyonce downing the bubbly, in case you needed more evidence of just how fake this couple is – just in case any of you had fallen for her BS second pregnancy PR push. Nothing about Beyonce and Jay-Z is real, nothing. 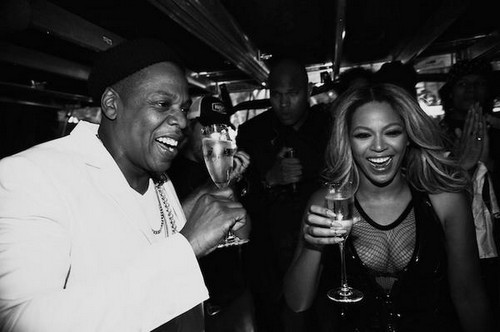