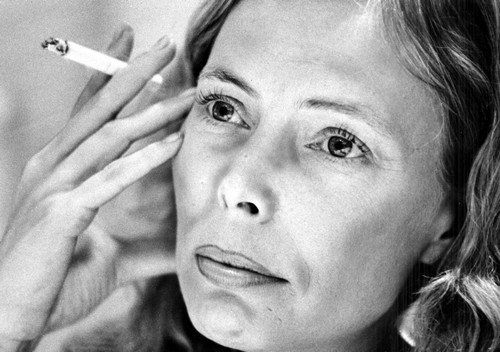 It was recently reported that singer, songwriter Joni Mitchell was in a coma unresponsive. Now, her team has released a statement via the singer’s official Twitter. It reads, “Contrary to rumors, Joni is not in a coma.” Despite this vague statement on Twitter, fans can be assured that Joni Mitchell will be okay. Mitchell’s team explained the situation in more detail, and released an official statement on their website.

The statement, courtesy of Radar, titled “Update on Joni’s health,” reads, “Contrary to rumors circulating on the Internet today, Joni is not in a coma. Joni is still in the hospital, but she comprehends, she’s alert, and she has her full senses. A full recovery is expected. As we all know, Joni is a strong-willed woman and is nowhere near giving up the fight. Please continue to keep Joni in your thoughts. You may add your well wishes for her at the website.”

As you recall, the Rock and Roll Hall of Famer was rushed to the hospital early on March 31, after 911 responded to call from her Bel Air home. The singer was found unconscious, and since then, fans have persistently been searching for updates on her health.

Joni Mitchell is currently in a Los Angeles hospital being treated and monitored frequently. In the absence of a doctor, her longtime friend Leslie Morris has authority to make medical decisions after she leaves the hospital.

A recent update on Joni Mitchell’s official website reads, “We are encouraged by her progress and she continues to improve and get stronger each day.”

The Canadian singer, who is known for her hits such as Big Yellow Taxi and Chelsea Morning, revealed last year that she has a rare skin condition that prevents her from performing.

In the mean time, fans have been sending goodwill messages to the singer, and even celebrities like singer Ellie Goulding and actress Rita Wilson have tweeted messages of support to Joni Mitchell.