Josh Duggar Investigated for Sexual Assault of 5 Minor Girls Including His Own Sisters: ’19 Kids & Counting’ in Jeopardy? (VIDEO) 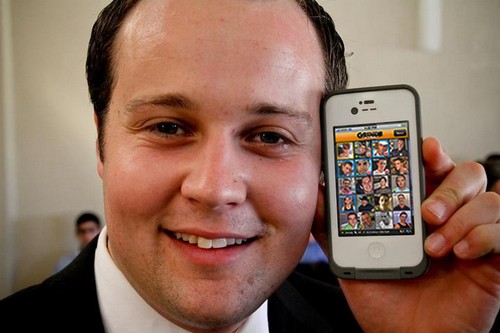 Josh Duggar, one of the stars from the hit TLC reality series “19 Kids & Counting,” was investigated years ago by the police for allegedly assaulting five young minor girls. It has recently been revealed that his own sisters were included in this group of young girls. Can “19 Kids & Counting” survive this disgusting scandal or is the show in jeopardy? This holier than thou homphobic family is firmly anti-gay and created a scandal earlier this year by removing gay couples photos from their social media kissing challenge. Josh Duggar was forced to resign his position today, May 21, 2015 from the Family Research Council. Seems like the FRC needs to do a much better job of policing itself.

In Touch published earlier in the week backed up what rumors have always said of Josh Duggar. For years now it has been rumored that Josh was sent away from the family for allegedly inappropriately touching little girls.

A police report from 2002 describes the entire incident that allegedly took place when Josh was only 14-years-old.

The report goes onto to describe various instances of when Josh made inappropriate gestures towards the young girls. It says that Josh, who is now 27-years-old, allegedly fondled girls’ breasts and private areas while they were sleeping, and even apparently touched one of the girls inappropriately while she was reading a book.

There is currently no information regarding which of the sisters were involved in the incident and how old they were at the time of the alleged act, but we are sure that more information will be revealed soon.

The report goes onto say that Josh’s father, Jim Bob, found out about the alleged molestations and decided to bring Josh before the church elders to see what they thought would be the best course of action to rectify the issues at hand. The church elders decided that Josh needed to seek treatment in a program that has not been named in the report. In another case, Jim Bob even brought Josh to the police station when he reported one of the incidents.

The family drama was hidden very well until the family was set to do an interview with Oprah back in 2006. The police report states that one of the alleged victims saw this as an opportunity to tell the world, and sent a letter to Harpo Studios, Oprah’s production company, and told of the sexual assault.

After this, police opened a full investigation of the case but Josh Duggar refused to cooperate with them and Jim Bob was forced to hire a lawyer.

TLC and the Duggar family have yet to comment on the allegations and accusations regarding Josh. The statute of limitations have run out for this incident, so regardless of what comes to light in the coming months, Josh Duggar cannot be charged with molestation.

What do you think of this whole incident? Is this a family that needs to be on TV? Let us know in the comments below.