Josh Murray Dating Anna Von Staehle: New Girlfriend’s Past Revealed – Accused of Being A Gold-Digger and Cheating On Athletes 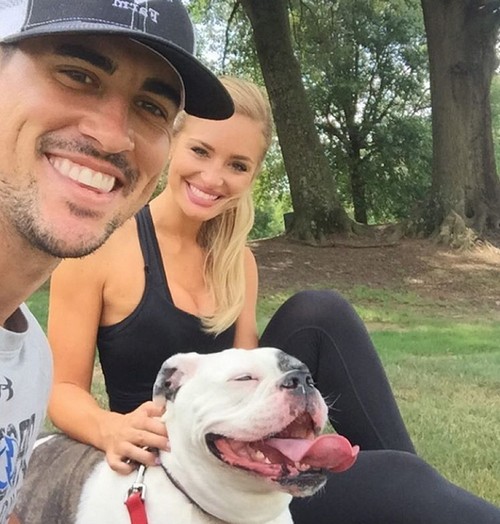 Former Bachelorette Andi Dorfman and her 2014 winner Josh Murray’s big break-up was less than a year ago, but the retired pro baseball player has already moved on and found himself a new girlfriend, Anna Von Staehle. Josh Murray recently took to Instagram and shared a photo of himself posing with his dog Sable and the new leading lady in his life – Anna Von Staehle. It’s no secret that Andi Dorfman was basically using her engagement with Murray to help out her own career, and it looks like Anna might not be much of an upgrade and she reportedly has a pretty scandalous past.

So, who is Anna Von Staehle? Josh’s new girlfriend currently lives in Napa, California – but she actually graduated from the University Of Oregon in 2014, and she apparently had quite the reputation at school … for dating athletes! As you all know, Josh Murray is a retired pro baseball player and his brother Aaron Murray is currently playing in the NFL. A coincidence? Most likely not.

You know that website “The Dirty,” where users can post pictures of people and share “their dirt.” Well, back in 2012 someone roasted Anna Von Staehle on “The Dirty” and it looks like she hasn’t changed much over the course of the past three years. On the website you can find a page for Anna which features a photo of her with one of her ex-boyfriends, ironically also an athlete. Anna’s page on “The Dirty” reads, “Anna Von Stahle is a sophomore at the University of Oregon & is on to her 3rd athlete boyfriend [SUPERSTARR EMORY #33 on UO’s Basketball team] in the last 4 months. Who does this girl think she is? She’s a homewrecker and couldn’t be more of a gold digger. She lies and cheats on every boyfriend she has but they don’t seem to give a sh*t cuz she puts out. Let’s see how long this jersey chaser will stay with her new superstar.”

Now, keep in mind – the person that posted this is most likely the disgruntled ex-girlfriend of one of the athletes that Anna Von Staehle was dating. Regardless of who wrote it … it is not a good look for Josh Murray. So, his new girlfriend has thing for athletes and has been labeled a “gold-digger” in the past. Is it really coincidence that she is now hooking up with a former pro athlete who just happens to have starred on a reality TV show? Do you think Anna has changed since college? Or is Josh Murray about to get his heart broken again? Let us know what you think in the comments below!