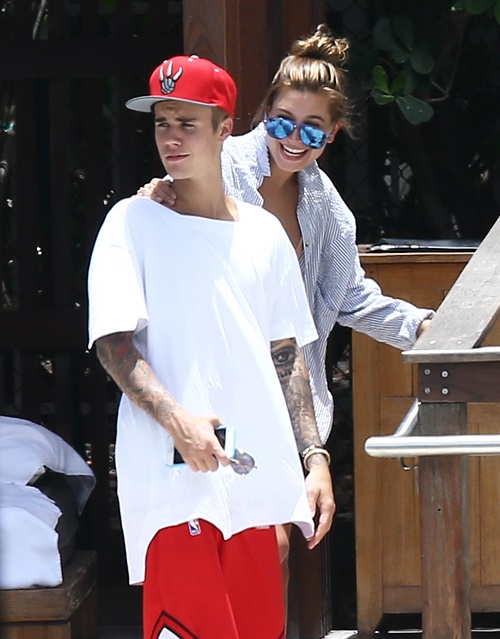 Justin Bieber wants to record a song with Taylor Swift?! It’s no secret that Taylor Swift despises Justin Bieber, after all he made her best friend Selena Gomez’s life a living hell for 3 years and counting. But, apparently, Justin, on his road to redemption, has decided that the best way to win back fans is to bury the hatchet and performs with the pop-singer once again. Hey, if Taylor forgave Kanye West, then she might be willing to step down off of her high-horse and forgive Justin Bieber too!

For those of you who don’t remember, when Justin Bieber was still cute and innocent and “Baby” was number one on the Billboard charts, he and Taylor Swift were actually good pals. He opened for her in concert back in 2009, and again in 2011. And they even costarred together on an episode of MTV’s show “Punk’d.” Not to mention, Swift and Bieber recorded a song together in 2012, but it was never released.

On Thursday, June 18, Billboard sent out this tweet to its followers, “While Taylor Swift is No. 1 on the Billboard Artist 100, @JustinBieber hits a new peak on the chart.” Justin tweeted back, “she is great. Might be time to make things right and hit the stage together again ;).” So far, Taylor hasn’t responded to Justin Bieber’s invitation – and there is a good chance she won’t. Not only does Taylor have a goody two-shoes image to uphold, but she is currently feuding with his BFF Kendall Jenner, and he just dumped Taylor’s BFF Selena Gomez…again. So, to say that Justin and Taylor performing together again is a conflict of interest, is an understatement.

What do you think? Should Taylor Swift make amends with Justin Bieber? Or will she completely ignore his invitation and not even entertain the idea of collaborating with Biebs again? Let us know what you think in the comments below!