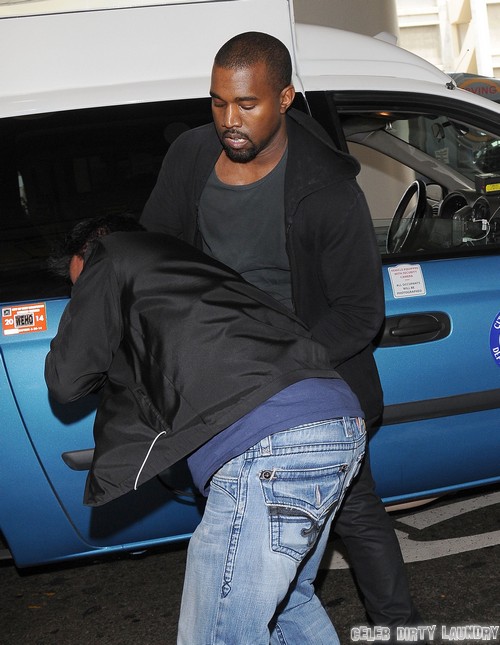 According to a new report from TMZ, Kanye has accused the police of racially profiling him for ‘having a white t-shirt and braids‘. According to Kanye, the police arrested him for stealing printers at an Illinois Staples center way back in 2000. And guys, this was when he was already a ‘successful music producer’, a.k.a. Kanye’s definition of a humble brag. And in Kanye’s mind, everyone’s out to get him – thus, his suggestion that the cops framed him for stealing those printers.

He explained, “I was driving a white Ford Expedition. When I saw the police report, they crossed out where it said ‘Cream Ford Explorer. It was actually a mistaken identity for stealing some printers from OfficeMax after I was a platinum producer.”

Of course, Kanye also thinks that literally everybody is out to get him, and that he’s the end all and be all of the universe. In his mind, he’s always right and everybody else is always wrong. To someone like this, getting arrested for stealing printers must seem like a personal affront, which might be why he’s making such a big deal out of it.

What do you guys think? Do you believe that Kanye would really steal Office Max printers? And then get caught and arrested for it? Let us know your thoughts in the comments below.