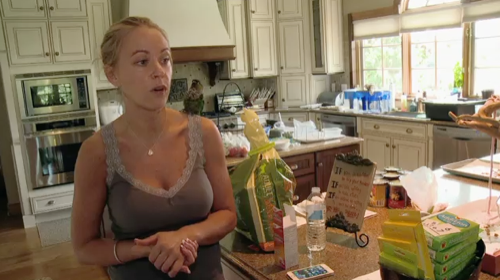 Kate Gosselin is a terrible reality star, a terrible mother, and apparently, she’s terrible at picking out boyfriends as well. To be fair, I think her only requirement was ‘must have money’, which her new millionaire boyfriend Jeff Prescott most definitely does. But at the same time, what’s the point of your new boyfriend having money if he’s gone bankrupt multiple times in the past?

Radar Online’s obtained some court documents that reveal that Jeff Prescott had filed for bankruptcy in June of 1993. But you know, he’s a millionaire now, so should that count? Well, it proves that his handling of money hasn’t always been astute, and if he could go bankrupt once, what’s to stop him from going bankrupt again?

Plus, sources add that Jeff has more skeletons in his closet than just bankruptcy. According to them, Jeff’s divorce from his first wife was extremely ‘nasty’, which is ill-boding for his relationship with Kate Gosselin.

Then again, Kate Gosselin did marry Jon Gosselin – and clearly, her taste hasn’t gotten any better. Going from a dead-beat douchebag of an ex-husband to just a douchebag boyfriend is an upgrade, however minor the actual upgrade may be. Jon Gosselin is broke, and right now, Jeff Prescott is not broke. In Kate’s mind, it’s that sample.

Plus, Kate dating Jeff Prescott is obviously a PR tool, right? She’s already discussed her dating life in the media and her rumored new boyfriend, playing it just coy enough to keep rumors circulating. Kate has years and years of experience of famewhoring and media manipulation, and she knows when to take advantage of an opportunity like this when she sees it.

What do you guys think? Is Kate Gosselin actually dating millionaire Jeff Prescott? And will his bankruptcy do anything to trouble their relationship? Are they even in a relationship at all? Let us know your thoughts in the comments below.