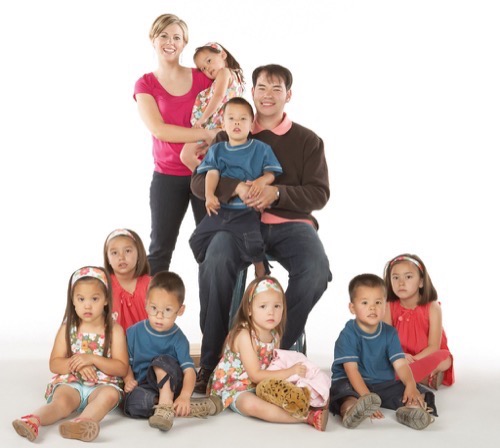 The Jon and Kate Gosselin custody battle has just taken a very nasty turn. These two exes have been fighting for custody over their eight children for years now, but according to In Touch, Jon is preparing for huge victory in the battle between the two.

The source reveals that Jon Gosselin, 38, recently called the local Pennsylvania Child Protective Services so that they may take emergency custody of his 11-year-old daughter with Kate, Hannah. Jon decided to take these extreme measures after Hannah complained to him about Kate’s “cruelty.” The incident went down on April 23.

As we know, Kate Gosselin is an extremely controlling parent, and Radar reported in the past that the court documents accused Kate of spanking their children and forcing them to eat food that had gone bad.

The source says that when Kate found out she was furious. “Kate showed up to Jon’s house and stood in the street screaming for Hannah to come home, but Hannah wouldn’t leave.”

When that did not work, Kate resorted to playing dirty. The Kate Plus 8 reality star, or really, former reality star, allegedly called the cops a few days later and said that Jon Gosselin had threatened her, taken Hannah, and left their daughter alone while he was working a DJ job the previous night.

Hannah was only able to enjoy freedom for four days. After that, she returned home to Kate, but if all goes well, she will be free again soon. The source claims that this is just the beginning of the latest battle.

“Jon will be filing a petition to modify custody, and if he gets it, he’ll be contacting TLC to put a stop filming. Hannah doesn’t want to film but Kate is making her, and she’s not the only child who has no interest in being on the show. He wants them to be safe and have a normal childhood.”

We absolutely believe that these children do not want to be filmed any longer. They have lived their whole lives on reality television without having a say, and now that they are old enough to make decisions, they are being forced to be a part of the show anyway.

Kate needs to give up her obsession with fame and let these children live a normal life.