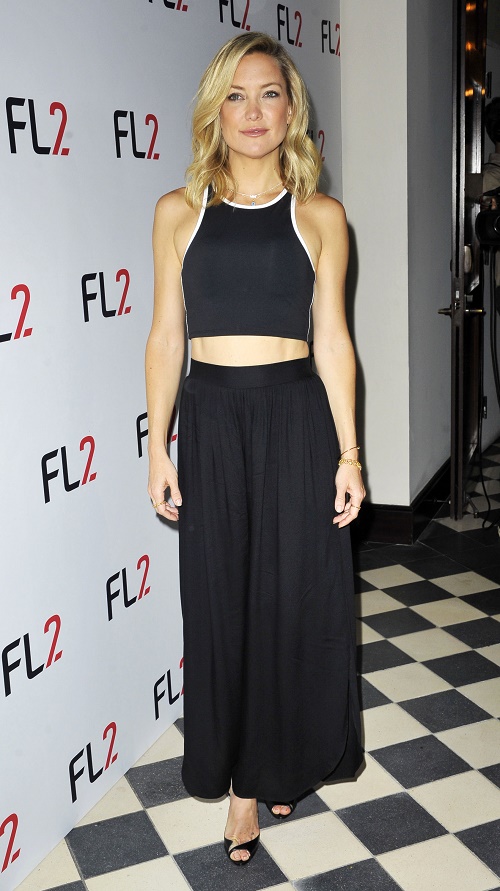 Kate Hudson’s ex-fiance and baby-daddy, Matt Bellamy, has moved on since their break-up, and has a new young girlfriend, 25 year old model Elle Evans. So, you can imagine everyone’s confusion when Kate Hudson was photographed nearly naked on vacation in Greece with Matt – and their son Bing. According to a new report, Kate Hudson is green with envy over Matt’s relationship with Elle, and she is pulling out all the stops to win back the Muse front man – including a nearly internet breaking bikini.

Kate Hudson’s bikini shots were taken while she was on a family vacation with Matt and Bing on the Greek island of Skiathos. According to the July 6 edition of Star Magazine, “After ending her engagement, Kate wanted nothing to do with Matt. But, the minute that she learned he was seeing someone else – a younger, hotter Kate look-a-like no less, she quickly arranged the trip to Greece to reel Matt back in.” And, if she keeps rocking nude colored bikinis on the beach – her plan will most likely be a complete success.

According to Star Magazine’s insiders, Kate could have her work cut out for her in winning back Matt, because he is on to her tricks and knows that their family vacation to Greece was all just a big ploy. The source dished, “Matt knows Kate’s game, but he still has a lot of love for her.” Even if Kate doesn’t win back Matt, her antics will most likely drive away his new girlfriend Elle. It’s hard to imagine that she is totally okay with her boyfriend going on vacation with his ex-fiance. If Matt doesn’t set some boundaries soon – he’ll never be able to keep a girlfriend as long as he is co-parenting with Kate.

Do you think that Matt and Kate hooked up while they were in Greece? Will Elle Evans break up with Matt because of his “family time” with Kate and Bing? Let us know what you think in the comments below!