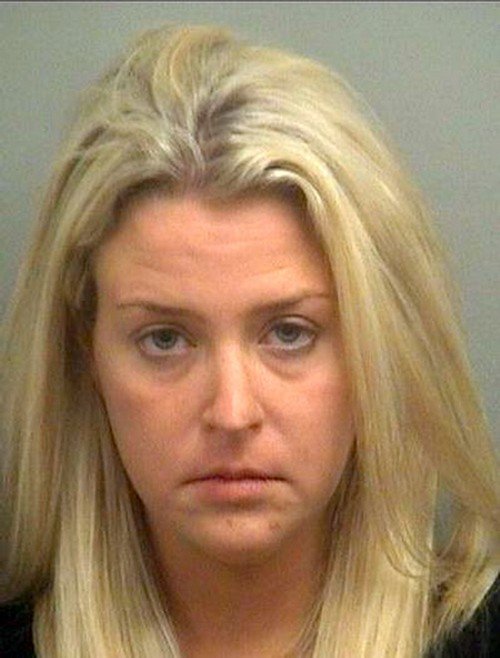 Kate Major was forced to go directly to rehab upon posting bail after a drunken Thanksgiving day airplane brawl landed her in jail. It turns out that Kate was on a JetBlue flight to Los Angeles with the intent to check herself into rehab anyway when she landed in handcuffs instead.

According to multiple reports and witness accounts, Michael Lohan’s estranged wife had been drinking in the airport lounge prior to boarding the flight and possibly had a few too many before takeoff.

Major was seen arguing with a passenger about leg room when she was heard yelling obscenities at another passenger and even allegedly threatened to “slit her throat.”

Flight attendants attempted to calm Kate Major down and even moved her to another area of the airplane where she could be watched. The visibly drunk Major didn’t calm down and instead asked for more booze.

According to reports, when that didn’t work, Kate threw her phone and tried to attack a flight attendant. It was then that the pilot decided to ground the plane in New Orleans while airport police removed Major from the cross-country flight and placed her in police custody.

After a long holiday weekend in custody, Major was released today on $25k bail. She was ordered to give up her passport and head straight for the Los Angeles rehab center as originally planned.

Kate was charged with interfering with a flight crew, a felony that could land the star in federal prison for anywhere from several months to several years. If Kate Major knows what’s best for her, she’ll stay in that treatment facility and do everything she can to come out the other side sober and with a glowing report.

The whole reason Kate was headed to rehab in the first place was so she could try and gain back custody of her two small children, Landon, 2 and Logan, 11 months she shares with Michael Lohan.