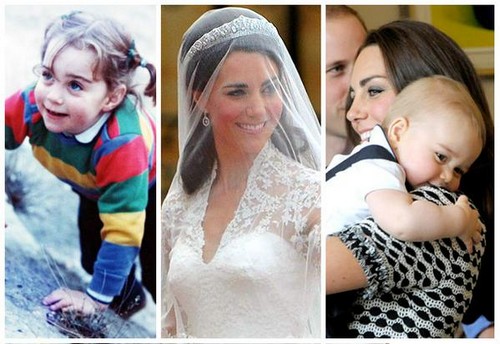 Kate Middleton has been traumatized by the ongoing Prince Andrew cheating sex scandal because it makes her fear that Prince William will go the way of the rest of the senior royal males. Kate Middleton fears that Prince William will become a cheater like his father Prince Charles and his uncle, Prince Andrew – not to mention his Grandfather, Prince Philip! Nobody expected the royal sex scandal to be quite as salacious as it was, especially since it involved such a prominent member of the royal family – Prince Andrew. The royals somehow managed to hush up the fact that Prince Andrew had a penchant for underage sex, and also frequented in circles that contained convicted pedophiles and known creepers. If they were hiding something of this magnitude for all these years, then who’s to say that the rest of the royals also don’t have dirty secrets that they’re keeping hidden?

I don’t think anybody else has anything of quite this magnitude, but we already know Prince Charles is a cheater, just ask Camilla Parker-Bowles, his former mistress and now his wife and future Queen of England. Princess Diana referred to Camilla Parker-Bowles as the third person in her marriage! And now, sources are saying that Kate Middleton is fearing that her husband, Prince William, might go the way of his Grandpa, reknowed cheater, Prince Philip, his uncle and his father. For one thing, Kate has already had the heir and is about to have the spare – and it’s around this time in the same cycle that Prince Charles’ cheating on Princess Diana came out.

These royals have always had a habit of taking mistresses and then becoming careless with their affairs once they’ve felt that their wife has done her ‘job’ and given the monarchy some heirs. While we would expect more from Prince William in this century and this generation, he did take that trip to Spain with his ex-girlfriend Jecca Craig when Kate Middleton was in Mustique with family last winter. Plus, I have no doubt that people like Camilla Parker-Bowles are taunting Kate, reminding her that like father, like son – in most cases, anyway.

There’s also a lot more media scrutiny on the royals right now, so if Prince William is cheating on Kate Middleton, he’ll have to be careful like he was when he took Jecca to a private estate in Spain for his cheating. But the couple was also fighting just a few months ago when Kate moved to her mother’s house, and nobody knows what they were fighting about. Could they have argued about Will’s possible affairs?

What do you guys think? Is Prince William cheating on Kate Middleton, will he cheat and take mistresses like the rest of the males in the royal family? Let us know your thoughts in the comments below.