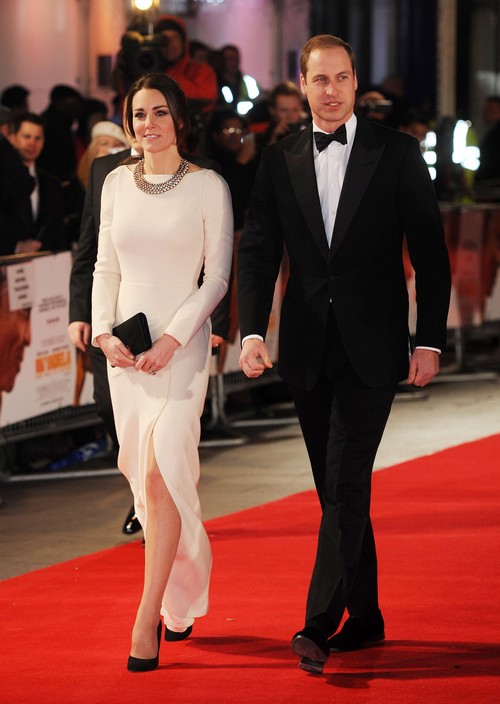 While Kate Middleton and Prince George are vacationing with Kate’s family in Mustique, Prince William is reportedly on his own little vacation with Prince Harry and ex-girlfriend Jecca Craig. Trouble in paradise, perhaps?

The whole reason that William didn’t join Kate and George for vacation in Mustique was because he had to finish his coursework at Cambridge, but he certainly didn’t seem to have trouble taking this break to Spain, did he? Granted, Spain’s a lot closer than the Caribbean, but still.

According to reports from Page Six, Will, alongside Harry and Jecca, were spotted traveling to Spain to do some wild boar hunting. Will has time to spend hunting boars with his ex-girlfriend, but not to travel to the Caribbean for his mother-in-law’s birthday? Kate’s at Mustique with George to celebrate Carole Middleton‘s 59th birthday, and it’s George’s first extended trip abroad since his birth.

Anyway, pictures show Will and Jecca getting along like a riot, which would be worrying for any wife, especially one who’s married to the future King of England. But even then, I really don’t think that Will would ever cheat on Kate, especially not now that they’re married and have a kid together. Prince William may be a lot of things, but he’s definitely not his father, Prince Charles.

However, Will and Harry are both getting criticized by the media for hunting wild animals. A statement by UK rocker Morrissey read, “One day prior to giving a public plea on behalf of animal welfare, Prince William is to be found in Spain (with Prince Harry) shooting and killing as many deer and boar as they possibly can!”

You know, Morrissey’s got a point. A bit hypocritical, no? Just like staying back to focus on your education, but then spending a weekend abroad in Spain with your ex-girlfriend. Tut tut tut.