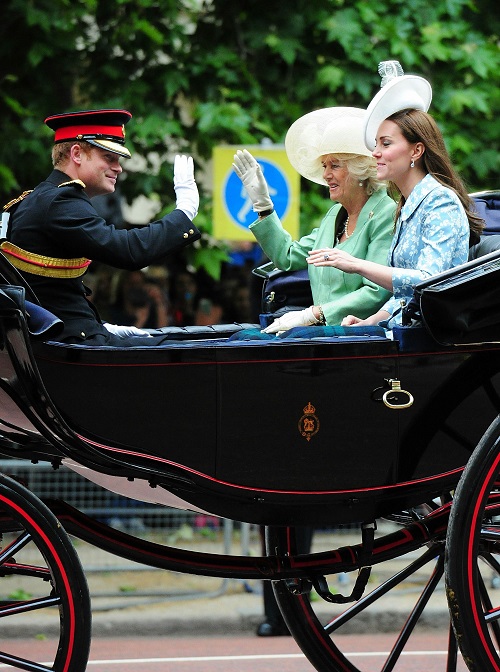 Kate Middleton and Prince William have another new addition to their household. The royal couple might have hired one of Queen Elizabeth’s spies as a housekeeper. It’s no secret the Queen likes to keep tabs on everything happening behind the scenes, and with Carole Middleton placing herself as the matriarch of Amner Hall, it’s possible the new housekeeper will report on the Middleton’s middle-class revolution.

The Duke and Duchess of Cambridge placed an ad in The Lady in early March, seeking someone who could “clean all areas of the house to a high standard; care for and maintaining the home owners’ clothing; clean silverware and glassware; purchase groceries and general provisions for the house; and deal with deliveries.” The ad also demanded “discretion and loyalty,” labeling the qualities as “paramount.”

After months of sifting through applicants and enduring 3 interviews, William and Kate hired Sadie Rice; a 33-year-old with previous experience working with royals. Sadie worked for Norway’s Crown Prince Haakon and Crown Princess Mette-Marit. Rice also has another interesting position on her resume – a former maid at Buckingham Palace.

Could Sadie be in league with Queen Elizabeth? Possibly! It wouldn’t be the first time the Queen has placed a domestic staff member as one of her spies. Just before the ad was placed in The Lady, Kate’s housekeeper and landscaper left the Duke and Duchess’ employment to return to Queen Elizabeth. Kate Middleton was reportedly afraid the former employees were actually spies and would spill every detail happening at the couples’ home.

As Kate and Carole Middleton are quietly orchestrating a royal revolution, it wouldn’t be a surprise if the Queen is attempting to get ears and eyes inside Anmer Hall. Carole has been changing royal traditions and irking Queen Elizabeth a lot lately. Carole beat the Queen to Kate’s side after she gave birth to Princess Charlotte. Queen Elizabeth arrived to find Carole and Pippa Middleton holding Princess Charlotte before her, and the Queen was livid.

Kate and Carole have also been making changes around Anmer Hall, insisting the staff address them on a first name basis. In addition to changes at their Sandringham home, the royal couple have been raising Prince George and Princess Charlotte with middle-class values that focus on family first. Kate will often take Prince George to public parks, without the aid of nannies, and the Duchess insisted the family take the first official photos of the royal babies. Kate, with William towing the line, want George and Charlotte to enjoy a “normal” childhood, while the Queen insists the children be raised with a stronger sense of royalty.

Whatever changes the Middletons are making or have planned in the future, the details could make their way back to the Queen, if Sadie’s loyalty lies with Elizabeth. Only time will tell if Kate and William hired another one of Queen Elizabeth’s spies. Kate and Carole Middleton better watch their backs, though!