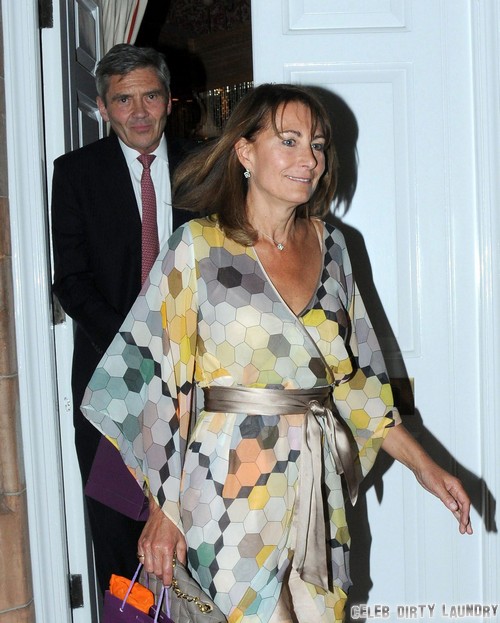 Kate Middleton is being pressured by Queen Elizabeth to return to Kensington Palace, end her maternity leave, and embrace the royal lifestyle. However, the Duchess of Cambridge is refusing to obey Queen Elizabeth and her demands while effectively shutting Prince Charles out of Princess Charlotte’s life, leaving Carole Middleton to rule Anmer Hall.

The Middleton family is proving to be hefty force to be reckoned with. Kate’s family was first to see Prince George and Princess Charlotte, much to the displeasure of Queen Elizabeth. You can bet the Middleton’s perfectly-timed visits were not accidental, and Carole Middleton has moved into control. Prince William’s mother-in-law has pretty much become the matriarch, moving into Anmer Hall after the birth of Princess Charlotte Elizabeth Diana. Carole is reportedly staying with Kate and William on a full-time basis for at least one more month according to The Daily Beast.

Kate Middleton’s brother and sister, James and Pippa Middleton, visit regularly along with the Duchess’ father, Michael. In fact, the Carole Middleton has been shopping for a home near Anmer Hall in Sandringham to solidify their place in Kate, William, George, and Charlotte’s life. Is Carole quietly orchestrating a revolution of the new royal standards? It appears that way, as Carole Middleton is making changes in customs, such as being on a first name basis with most of the staff at Anmer Hall.
Prince Charles has also been effectively shut out of Princess Charlotte’s life. If rumors are true, Charles has not seen Princess Charlotte since the Duke and Duchess left Kensington Palace for Anmer Hall in the days following Charlotte’s birth. This would mean Prince Charles has only seen his granddaughter twice! A packed schedule is usually given as reason for Charles’ absence, but perhaps his allegiance with the Queen or the fact that Camilla Parker-Bowles is part of his package is more to blame.

Prince William is notorious for being a pushover, so it’s pretty clear and Kate and Carole Middleton are the new rulers. “The atmosphere at Anmer Hall is very much more middle class than would ever have been imaginable in a royal home just a decade ago,” according to reports. Clearly, this is what Kate Middleton wants, and William is making sure his wife and future Queen is happy.

A clever move Kate Middleton and Prince William employed with Prince George was raising the young royal without the aid of any palace employees. George was being brought up solely by family during the first 6 months after his birth, but Kate and William found a full-time nanny who is under their employ – not the palace’s. The practice appears to be continuing with Princess Charlotte.

One thing is for sure, the Middleton family better walk that fine line carefully!