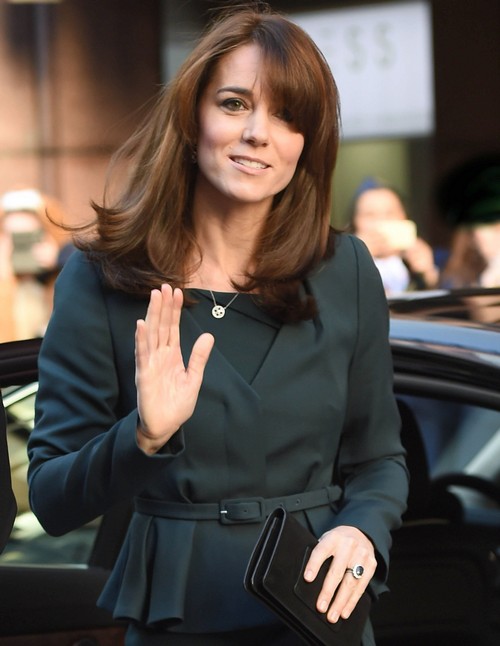 Is Kate Middleton rejecting all holiday plans? Has the Duchess of Cambridge said no to Carole Middleton’s homemade Christmas and Queen Elizabeth’s traditional Royal Christmas? Will the Cambridge’s spend the holidays at their Amner Hall home?

Here we go again! Duchess Kate allegedly has had enough of the back and forth battling with the Middletons and the Royal in-laws over holiday plans.

Kate and Wills have decided to forgo the huge family get-togethers all together and spend the day with Prince George and Princess Charlotte at Amner Hall, the couple’s country home.

Prince William has laughingly replied that Prince George is very excited about Christmas when asked in interviews. A source close to the Cambridge’s divulged to Us magazine that a delighted Prince George helped mum and dad trim a 9-foot pine tree at Amner Hall earlier in December.

The third-in-line to the throne reportedly had a grand time putting up decorations.

Shoppers in Fakenham Garden observed Kate Middleton and Prince George picking out holiday decorations in late November. The Duchess of Cambridge and two-and-a-half year old George picked up a battery-lit star, a roll of gold gauze and a mini pre-strung tree.

An employee at one of the shops revealed that the toddler wanted everything in sight. “Kate let him choose a couple of ornaments, including a felt penguin,” the staffer said.

Of course the Duke and Duchess want to make Christmas perfect for Prince George! Just because the Royal couple is decorating Amner Hall doesn’t mean the family of four won’t be at Sandringham for Christmas.

Prince William spoke with the UK magazine The Big Issue, telling the interview he’ll be lucky to get any sleep on Christmas Eve. “My George will be bouncing around like a rabbit!” the second-in-line to the throne joked.

Queen Elizabeth is a proud great-grandmother and surely wants to enjoy Princess Charlotte’s first Christmas and Prince George’s excitement with Kate Middleton and Prince William. As for Carole Middleton, the manipulative matriarch just may find herself shut out of Christmas Day celebrating with the Royals.

Carole may need to settle for seeing the Cambridge’s sometime after the holidays.