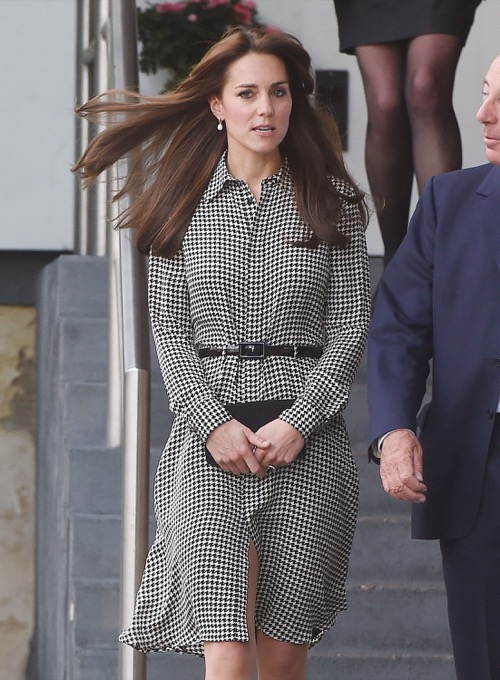 Kate Middleton is scared that Prince William is dead set on giving up his place in the line of succession and she will never be queen. The Duke of Cambridge has been participating in some charitable work that requires lots of physical strength – and he appears to be enjoying it very much. And this has Duchess of Cambridge very nervous about their future.

The “DIY SOS: Big Build Veterans” special highlighted Prince William and Prince Harry’s work with the project. Part one of the two-part special aired on the BBC One October 14. As the project manager introduced the “special helpers” Wills and Harry – wearing hardhats with their first names on them – were all smiles as the brothers dug in and helped the “DIY SOS” team begin. Harry gave the first command – “Get back to work!”

The Duke of Cambridge – who once told his mother Princess Diana he didn’t want to be king and that he wanted to be a fireman instead – rolled up his sleeves and dug right in. The project is the biggest build “DIY SOS” has ever undertaken – an entire street of decrepit houses in Manchester has been demolished and new homes have been built for veterans. And Prince William appeared to take quite a liking to knocking down walls and building something new.

As part of his gap year Wills helped build new walkways in Chile for the Raleigh International charity. At the time he expressed his enjoyment of building something from nothing. And this has Kate Middleton petrified that her husband will tell Queen Elizabeth he wants to be removed from the royal line of succession. After all – by the time the Cambridge’s are crowned they’ll be in their 50s or even their 60s.

Duchess Kate’s husband has always been intent on doing something meaningful with his life. Showing up at galas, State dinners and shaking a few hands at meet and greets is nice, but the Duke of Cambridge wants more out of life.

Princess Diana always had a feeling she would never be crowned queen and now Kate Middleton is starting to feel the same way. What if her husband does decide his search and rescue work with the Royal Air Force is more important to him than being crowned King William? Where does that leave the Duchess of Cambridge? Could she handle being a military wife?

Let us know what you think and come back to CDL for all updates on the Royals as well as all your celebrity news and gossip.