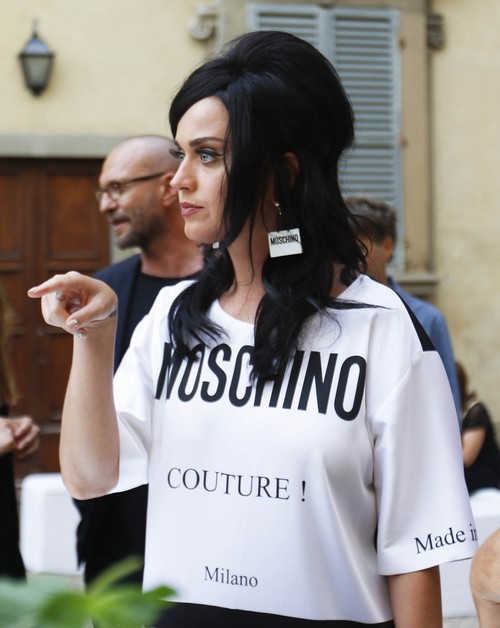 In a real stunner, Forbes revealed today that Katy Perry is the top earning woman in music this year, not Taylor Swift as everyone expected. Not only did Katy Perry beat her rival for the biggest paycheck in 2015 but the ”Dark Horse” singer won by a $55 million landslide.

Taylor Swift may have dominated the headlines and even dropped a huge album last year with “1989” but she didn’t pull in even close to as much money as Katy Perry. According to the Forbes list, The “Firework” singer pulled in an estimated $135 million. That is $20 million more than Beyonce pulled in to get first place last year.

Many outlets speculated throughout the year that Taylor Swift would get the honors. In October a rumor circulated that claimed TSwift was bringing in $1 million a day with album sales, touring, endorsements and everything else she has going on. Obviously a million a day wasn’t accurate with Swift’s final number coming in at $80 million.

Taylor Swift has dominated the headlines for so long now that it’s hard to remember a time when she didn’t. Katy Perry was slick though and she knows that concert ticket sales is how to bring in the big bucks. Katy has been bringing in $2 million a show for a whopping 126 shows on her Prismatic World Tour according to the report.

Now the numbers don’t add up because Forbes takes into account the costs of being on the road and gives Katy Perry credit for what she should earn after all the bills are paid.

Katy Perry’s numbers are impressive but Taylor Swift’s income is pretty respectable and her earnings per concert blows Perry out of the water. Coming in at $80 million, TSwift is pulling in $4 million a concert but her tour wasn’t nearly as big as Prismatic.

Everyone was shocked when the numbers came out. Rumor has it, Taylor Swift wasn’t expecting to be number two on the list. We can only imagine that Taylor is pretty upset right now. As competitive as Swift is, to come in second really stings. To lose the top spot to your arch rival though?

Taylor Swift has been uncharacteristically silent on social media since the Forbes report came out. Poor Taylor…there’s always next year!