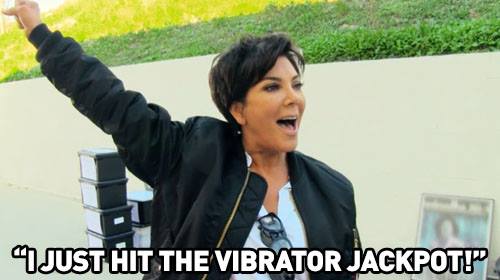 Keeping Up With The Kardashians returns tonight with an all new Sunday December 6, season 11 episode 4, called “All Grown Up” and we have your weekly recap below. On tonight’s episode, Kris Jenner  has a reason to meet Caitlyn Jenner for the first time at Kylie’s 18th birthday.

The series mainly focuses on sisters Kim, Kourtney, and Khloé Kardashian. It additionally places emphasis on their parents Kris and Caitlyn Jenner (previously known as Bruce Jenner), their half-sisters Kendall and Kylie Jenner, and brother Rob Kardashian. The significant others of the Kardashian sisters have also been featured on the show, including Kourtney’s ex-boyfriend Scott Disick and Khloé’s husband Lamar Odom.

On the last episode, Kris decided to throw an extra-special graduation party for Kylie; Kim’s pregnancy cravings took her halfway around the world, but it could be putting her at risk; Khloé responded to a presence in her house by getting in touch with her psychic side. Did you watch last week’s episode? If you missed it, we have a full and detailed recap right here for you.

On tonight’s episode per the E! synopsis “Kris a reason to meet Caitlyn for the first time at Kylie’s 18th birthday; Kim takes over Kris’s home in preparation for baby number two; Khloé takes steps to move forward.”

Kim Kardashian was in the middle of yet another house remodel. Apparently she and her husband Kanye wanted to put their own stamp on the place rather than simply finding a home that could fit all of their needs. So once again Kim has had to move in with her mother while she’s gutting perfectly nice house on tonight’s episode of “Keeping Up With The Kardashians”.

And that’s unfortunate for Kris. The first time Kim and company moved in, they basically took over the house and even went as far to bring in someone to create a nursery en suite for little baby North. So Kris doesn’t want to go through all of that again and so she’s standing up for herself.

She’s now complaining when Kim shushes her in her own house and she’s not at all fond of looking the other way when Kim just invites her workout coach to set up shop right there in foray. And although those things may seem small to Kim, it’s not to Kris. Thus Kris ended up setting boundaries with her daughter later at a lunch.

Yet the lunch took a sharp left turn when Kim said she was probably going to be having her second baby while she was still staying at her mom’s.

Subsequently Kris didn’t think Kim was going to be with her for that long and, regardless of that, she also didn’t think a new baby was going to need all that much room. So she asked her daughter why the baby couldn’t just sleep in her room. And that turned out to be a question that was never because somehow Kim found an ally in her mom’s new boyfriend.

Corey was actually picking Kim’s side when he suggested to Kris that maybe they cut back on her closest space. Though he didn’t know it until Kris pointed that out to him.

But Corey was merely trying to find some sort of compromise in the Kris and Kim’s situation when he made that suggestion and that was more than Caitlyn could do on her own end. Caitlyn had been very hurt when she hadn’t received an invite to Kylie and Kendall’s graduation party. And naturally she blamed Kris for not inviting her and then went on to tell Kylie that maybe she shouldn’t listen to her mom’s demands.

Only that wasn’t a correct response. Rather than simply blaming Kris or trying to make Kylie blame Kris, she should have called Kris (like the adult that she is) and talk to her about how she felt when she saw pictures of a graduation party up on Instagram. And then maybe a dialogue because that was what best for their kids.

However Kris was the one that reached out first. Earlier, Kylie had told her that she didn’t want to have a party for her 18th birthday because she didn’t want to have to choose between her parents and who to invite. So Kris said she would talk everything out with Caitlyn and she followed that up by arranging to meet Caitlyn at the other woman’s house.

And when the two exes sat down, pretty much nothing was resolved. Caitlyn was just as stubborn as Bruce and she didn’t think she should be sensitive enough to meet Kris halfway on the whole Vanity Fair Issue. So for the sake of their kids, they pretended to move on.

Although Kylie didn’t buy her parents’ new friendliness and so she chose to keep quiet about a party that she had been planning for herself on her birthday. And was simply going to have a family lunch with both parents. You know as a way of testing to see if they could handle bigger events.

And Caitlyn was more than an hour late. So naturally Kris made a few comments about that and to be fair Caitlyn made her own comments when she nothing had changed after Khloe called her mother a sociopath for still texting Lamar. But what mattered was the fact Kylie felt like her parents could make it through a lunch together.

Apparently the occasionally snide comment was normal to her and, anyways, her birthday got to end with Tyga giving her a Ferrari.