Keeping Up With The Kardashians Recap – Scott Gets Drunk: Season 10 Episode 7 “Special Delivery”

BY Kristine Francis on April 26, 2015 | Comments: one comment
Related : Keeping Up With The Kardashians, Reality TV, Recap, Television, TV 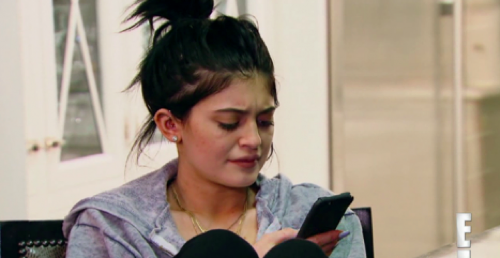 Keeping Up With The Kardashians continues tonight with an all new Sunday April 26, season 10 episode 7, called “Special Delivery” and we have your weekly recap below. On tonight’s episode, Scott goes to a Lord Disick party in Las Vegas.

On the last episode, Kris became fed up with Scott when he brokers a Vegas nightclub appearance for her birthday, then showed up to it wasted and belligerent. Meanwhile, Kim resorted to spy tactics to solve a theft problem at Dash New York; and pregnant Kourtney bared all for a nude photo shoot. Did you watch last week’s episode? If you missed it, we have a full and detailed recap right here for you.

On tonight’s episode per say the E! synopsis “Scott goes to a Lord Disick party in Las Vegas, while Kourtney learns that her due date could be closer than she thought, prompting Kim and Khloé to host a last-minute baby shower. Elsewhere, a security breach motivates Kris to step up security.”

On tonight’s episode of “Keeping Up With the Kardashians”, Kourtney’s due date is fast approaching however the expecting mother doesn’t appear to be excited as she normally would be. In fact for a woman that loves to have babies she’s actually kind of morose this time around. And so her family have noticed her odd behavior and their pretty worried.

See, this time Kourtney is slightly shunning people. She says she doesn’t want her sisters or her mom in the delivery room with her. Apparently having them all in the room with baby number two had given her anxiety. So for this third baby, Kourtney just wants Scott in the room.

Although, there is also another part of Kourtney that is afraid she won’t be able to depend on Scott if it’s just him in the delivery room.

Thus Kourtney is technically running out of options here. She wants Scott but then she doesn’t want Scott. And she wants an Option B but she doesn’t want to be overcrowded by her family. So as Kourtney was working herself up in a state, the doctor then dropped a bomb on her. He told her that her baby could come two week early.

And because she’s been so noncommittal, Kourtney realized there was a chance that no one would be there for her if she did have her baby early.

Scott was going to Las Vegas because Kourtney had made an issue about whether or not she could trust him. And her sisters were making plans to go abroad. Kim and Khloe figured if Kourtney didn’t want them there with her then they could simply leave her to it.

But Kourtney found that offensive when she heard. It made her feel like no one cared to at least stick around until she had the baby. And in addition to practically everyone going on a vacation soon, Kourtney has been hearing about her mom’s latest “antics”.

The family has been calling it antics but honestly Kris is being really smart about their security. Unfortunately, someone had slipped pass the checkpoints that guard her gated community and this stalker managed to drop off at least twenty pizzas and a marriage proposal for 17 year old Kylie. So, like a sane person, Kris hired extra security to walk the property. Yet to her family, she’s being dramatic.

They make fun of her for feeling like she’s being followed. Or watched at restaurants. And also the girls were really going to eat that pizza if their mother hadn’t stopped them. So, in their book, their mom is being “too” much.

Though, no one found it funny when Kris’s fears turned out to be true.

Someone was watching her. And they were doing it from her security cameras set up in her closet. So right away the family went into security mode and surprise, surprise Kris’s antics stopped being a running joke.

As for Kourtney, Scott was warned/asked by Kourtney to not get out of hand on his Vegas trip but with the excuse of “I have to make money”, Scott ended up doing what everyone feared. He got disgustingly drunk. And later he called Khloe asking if he could go to her house, while she was away with Kim, to hug Rob.

So then that made Khloe and Kim worry about both him and Kourtney. She and Kim had flown off to London despite Kourtney’s flip-flop about needing her family nearby. But, once they got that call, it made them feel like they should have stayed in town. If not for the baby then for their sister.

And so when they came back, they threw Kourtney a last minute baby shower. You know to cheer her up and show her that they care.

However, Scott was in the room when baby Reign was born.