Keeping Up With The Kardashians Recap ‘No Retreat’: Season 10 Episode 4

BY Kristine Francis on April 5, 2015 | Comments: 2 comments
Related : Keeping Up With The Kardashians, Recap, Television, TV 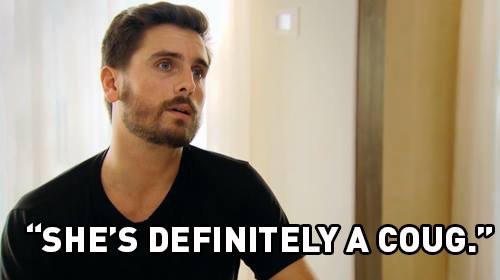 Keeping Up With The Kardashians continues tonight with an all new Sunday, April 5 season 10 episode 3, called “No Retreat, ” and we have your weekly recap below. On tonight’s episode, with Rob in a crisis, the family intervenes, but when Rob refuses help, Kris is at her wit’s end.

On the last episode, the family pulled back the curtain on Scott’s man-of-mystery persona in order to make sense of some suspicious activity and vague business dealings; Kris feared it was a mistake putting Kourtney in charge of her living will; and Kim tried to stop Bruce from spending all of his money. Did you watch last week’s episode? If you missed it, we have a full and detailed recap right here for you.

On tonight’s episode as per the E! synopsis, “the family intervene to help Rob who’s in crisis, but he doesn’t want any part of it, leaving Kris at her wit’s end. Meanwhile, Khloé leads a Dash team-building retreat; and Kim learns that getting pregnant again might not be possible.”

Robb Kardashian is officially a hermit. It seems that his own sister, the very same one he lives with, rarely sees him. And that’s mainly because he goes to great lengths to avoid seeing Khloe.

And yet Khloe is the easy one. At least the easiest one to deal with among his sisters and out of his whole family. You see Khloe is the one that would usually be the most willing to talk. Talk, mind you, and listen to what her brother is going through instead of instantly going to a place where they judge him. Plus, on her end, Khloe has always had her little brother’s back. So him suddenly wanting to avoid her of all people is actually quite worrying.

If he doesn’t think he can talk to Khloe then who else can he turn to?

So now wonder Robb’s family doesn’t know what’s going on with him. He has shut them out, but what is probably the biggest red flag in this whole thing are the large amounts of money he keeps running through. It seems that he asks his mother’s guy to give him a “couple” on what’s turning out to be a weekly basis. And that in all honesty doesn’t appear to make sense to anyone.

Kris doesn’t know what her recluse of a son is doing with all this money. It’s not like he leaves the house or has even bought himself one piece of exercise equipment. So in the end Kris was more than pushed into reaching out to her two daughters Kourtney and Kim in order to get the balling rolling on an intervention.

Robb clearly needed help and frankly everyone knew they weren’t going to get any kind of assistance from Khloe with this. Although Khloe has seen for herself how bad the situation has gotten – there’s still a part of Khloe that lives in denial. Hence she’s holding onto this belief that her brother is merely going through a stage. And yet a stage wouldn’t have lasted for more than a year.

So there was some pushback from Khloe when she found out what her mother and sisters were planning. She told them they should have tried to talk to Robb before looking at inviting in a third party. But the family has tried and so Khloe didn’t really have a choice. She agreed to allow these people her mother had hired to come into her home and speak to her bother.

And while the professionals were supposed to help Robb, Khloe and Kourtney were at the Dash retreat.

Earlier, they had found out some of their “Dash Dolls” (the girls that work at Dash) were trying to run their store like a sorority version of Mean Girls. So the ladies thought up a retreat at the last second in order to get their employees back on the same page. And though it eventually ended up being a success, so much so that they might repeat it at a later date – Robb had interpreted that wonderful weekend by calling Khloe and demanding that she tell the doctors in the house to go away.

Robb it seems had felt overwhelmed by the intervention. Thus he called Khloe to make it all go away. However when Khloe kept on telling him that he needed help rather than simply picking his side and choosing to kick those people out – he locked himself in his room for the rest of the day. Like a petulant child.

And, you know what, that was the last straw for his sisters. Including the ever forgiving Khloe. Subsequently, Robb’s behavior had finally alienated his sister Khloe. So she agreed to go along with Kim’s plan and finally start using a tough love approach with their brother.

Kris, funnily enough, was the last holdout. She didn’t want to be tough on her baby boy but that what she ended up having to do when he began calling her to complain. And what with Kim’s upcoming surgery – Mama Kris simply didn’t have time for his games anymore.

Kim needs to have surgery on her uterus and there’s a chance she won’t be able to have any more kids or at the very most will have severe complications if she does get pregnant again. So for right now, Kim’s situation takes precedence.