BY Kristine Francis on May 18, 2015 | Comments: 2 comments
Related : Bruce Jenner, Keeping Up With The Kardashians, Reality TV, Recap, Television, TV 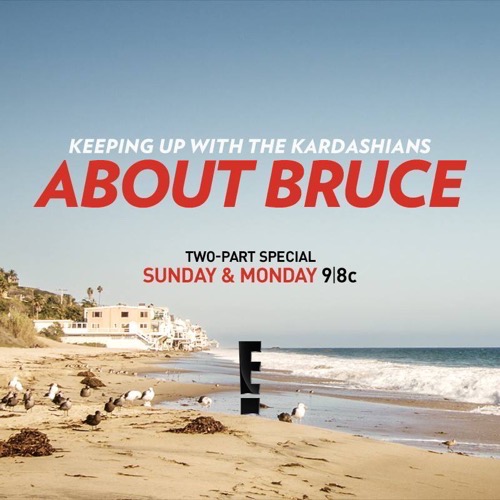 Keeping Up With The Kardashians continues tonight with an all new Monday, May 18 season 10 episode 11, called “About Bruce (Part 2)” and we have your recap below. On tonight’s episode, Bruce and the family open up about Bruce’s decision to live as a woman.

On the last episode, the first part of about Bruce, the family began to open up on Bruce’s life changing decision. Did you watch last week’s episode? If you missed it, we have a full and detailed recap right here for you.

On tonight’s episode per the E! synopsis “the conclusion of the two part episode, the family give their opinions on Bruce’s life changing decision to become a woman.”

On part two of “About Bruce” special, we see how Bruce and his children interact after he confirmed the transition rumors.

Back, during part one of this special, it appears Bruce hadn’t been truly honest with the kids. As in he didn’t fully explain that he was already taking steps to transition. Hence it came as a surprise and with Khloe it caused some anger. She didn’t merely want to come over one day and find Bruce post-op.

Khloe knew that she wouldn’t have been able to handle it if Bruce had sprung the news on her after the surgeries and she also felt hurt that her dad would have kept this part of himself hidden. Yet, since he told his family the news, she has calmed some. And truly she’s always been Team Bruce.

So, now with the knowledge of what’s going on, there was bound to be a few questions. And often these questions, while uncomfortable, are something many of us were thinking about when we first heard Bruce was Transgender.

Kim had asked him if he was going to remove his genitals. And she also a very important question regarding her mother.

So Bruce just did his best to answer as many questions as he could. He said that he wasn’t ready to remove his genitals. And that he wasn’t sure how to identify his sexuality. When he was with Kris and his two other wives, he was a heterosexual male. But currently he still doesn’t know if he’s ready to call himself a lesbian.

Though it is important to note that he did love his wives and sexually speaking he denies being disgusted or uncomfortable with them.

And after he spoke to the girls, Bruce decided to pay his ex-wife Kris a visit. He heard that she was taking the news hard and he felt like if he explained things directly to her then that it would help. But it didn’t. Kris was angry.

Her husband hadn’t told her how long he was taking the hormones before he got married. So really she had no idea if it was one-off. And later during their marriage there were times that she felt something was wrong with Bruce.

But he purposely chose not to say anything. Even when she asked. And eventually their marriage fell apart.

Kris remembers that when the communication began to break down in their marriage then that’s when she started to get mean. She lashed out and he lashed out. And that got them nowhere. Except getting separated.

And while she’s trying to understand, Kris is now hurt that during their separation he began his hormone treatment.

They hadn’t talked about it beforehand and as far as Kris knew Bruce simply liked dressing up as a woman. She didn’t know he wanted to become one. Thus she feels betrayed. As if that time when they were supposed to be working on things between them – he was already envisioning a life he wasn’t going to let her in on.

And though they’re now divorced, the one thing that Kris and Bruce can agree on is that they still want to remain a part of each other lives. So there’s a lot they have to forgive and there’s probably going to be many more conversations in the future. But they do want to let go of their issues and be happy for each other.

Yet this transitioning is going to be hard to explain to the grandkids. Because Bruce was Kourtney’s children’s grandfather. And so Scott and Khloe feel like Kourtney should start being honest with the kids. So far, she’s managed to hide what’s going on from them but Khloe warned her about her eldest. Mason is smart and like Scott said he is going to wander what happened to his grandfather.

And even if he doesn’t figure it out first then what about the media? Kendell and Kylie are going to constantly be asked about their father. Plus knowing how the paparazzi are now, especially with this family, Kourtney ultimately won’t be able to control how her kids find out.

Who knows they just might see a magazine cover with Bruce after he transitions.

And speaking of the family as a whole, they will be introduced to someone new. “Bruce” is hoping to fully transition by the end of this year and Kim is helping him pick out all his outfits in the meantime.