BY Kristine Francis on May 3, 2015 | Comments: 2 comments
Related : Keeping Up With The Kardashians, Reality TV, Recap, Television, TV 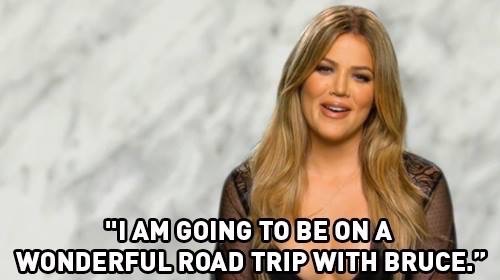 Keeping Up With The Kardashians continues tonight an all new Sunday, May 3 season 10 episode 8, called “Buggy Boo” and we have your weekly recap below. On tonight’s episode, Khloé Kardashian enlists the help of Bruce Jenner after the birth of child No. 3 sends Scott spiraling.

On the last episode, Scott went to a Lord Disick party in Las Vegas, while Kourtney learned that her due date could be closer than she thought, prompting Kim and Khloé to host a last-minute baby shower. Elsewhere, a security breach motivated Kris to step up security. Did you watch last week’s episode? If you missed it, we have a full and detailed recap right here for you.

On tonight’s episode per say the E! synopsis “Khloé enlists the help of Bruce after the birth of child No. 3 sends Scott spiraling; Kylie’s wish of owning a home comes true faster than she ever thought; and Kim gets an unexpected treat when Kanye shoots a music video with North.”

What with a new baby, it should have been a good if not joyful time for the family. Yet, for some reason, Scott was just intent on ruining it all. And that’s why on tonight’s all new episode of “Keeping Up With the Kardashians “, we see Khloe clean up after her sort of brother-in-law.

Apparently, Scott has been on a binge since his latest son was born. It seems that once he had found the perfect excuse (like a third child he never was all that enthused about), he then proceeded with generally his reign of terror. Because that what happens when Scott drinks. He goes from a laughing young man to an extremely dangerous and/or annoying menace.

Then Scott got to a point in his drinking where he just out-right refused to let anyone help him.

And, sadly, that went for Khloe as well. Yet she’s one of the few people that can handle Scott when he gets a certain way. And so, you see, nothing good can come from Scott deliberately pushing people away. Especially, not when he’s still grieving over both of his parents and has three children at home to return to.

Three children, mind you, that Kourtney was not going to allow him to go near if he continued with his binge. Thus, rather than sticking around to work it out, Scott chose instead to go to Aspen. Where, according to rumors, he got sloppily drunk. And mutual friends later had to call Kim and Khloe in order to get some help for him.

So Kim and Khloe then tried their best to make everything at home calm and peaceful. You know for when Scott came back. But after he did so, he still didn’t appear to be “settled”. If anything he suddenly began to wonder about his life with Kourtney and if it was the right thing for him.

However, the girls didn’t know where he was coming from with this. He had three beautiful and a girlfriend that literally willing to do anything to get him help. So in their eyes, he was blessed. And with no other recourse, Khloe had to turn to Bruce for help.

Earlier, she had spoken to Bruce about Scott’s binge and he too was worried. But seeing as nothing looks like its getting better without an intervention, Bruce and Khloe believed having one couldn’t hurt.

They invited Scott to lunch and though they did their best, Scott initially felt like he was being lectured.

Kylie is still a kid so when her sister decided to tell her about the pitfalls of owning her home, she thought of it as a lecture but, funnily enough, she paid heed to their advice. Apparently no one had to tell that their family had her best interest at heart. It was just understood.

So, at first, Kylie was going to back out of buying her own home. Yet Kris was the one that talked her into sticking to her plans and ultimately moving out. According to Kris, the home will be a great investment and so she felt that as Kylie’s mother it was up to her to ensure her daughter didn’t walk away from a great opportunity.

And on the plus side, Kris is definitely embracing the empty nest.

Kim and her family were also moving out. Finally, right! And so Kris was bound, at least when she was talking to Kylie, to have the house all to herself.

Now, did that play a part in what she did with Kylie? Well, we may never know about that but Kris didn’t appear to be half as sad as she was when Kendall moved out.

And as for Scott, Bruce and Khloe had eased up on the talking and took him out for just some fun. Nonalcoholic fun.

Although, after he was in a better mood, Scott didn’t need any prodding to talk. He actually did so out of his own free will. And the reason as it turns out that he technically ditched Kourtney so soon after their third baby was born was because he thought three children will overwhelm. So it was his own fear of not measuring up that made him go off.

But when he talked, particularly to Bruce, it made him realize that he wanted to go home and the only person standing in the way of that was himself.