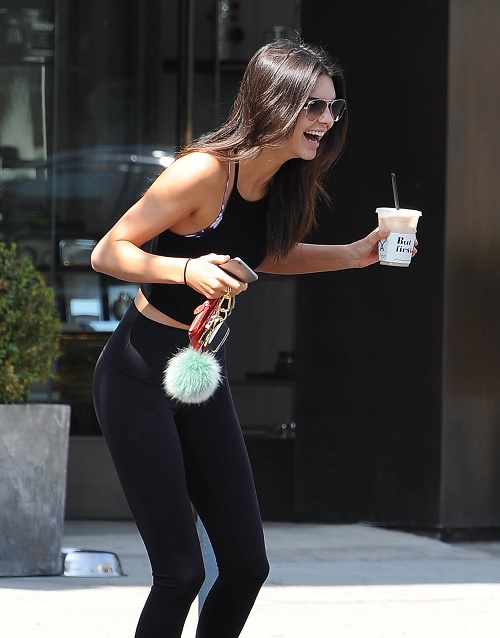 Kendall Jenner’s love life remains a mystery to the media. Is she a lesbian? Does she have a secret boyfriend in hiding somewhere? Or has she just sworn off romance in general? It really is baffling that one of the youngest and hottest models in the world, who has guys throwing themselves at her on a daily basis, is still single and on the market. The lack of romance in her life even has her close friends beginning to wonder what exactly is going on with her.

An insider dished in the July 27 edition of OK! Magazine, “No one is sure what is holding her back from playing the field. Her friends are starting to wonder if any man will ever be right for her.” In June 2015, Kendall Jenner was linked to Lewis Hamilton, but the model quickly shut down any chances of a relationship forming between the two of them – which completely baffled everyone. An insider dished to OK!, “He’s rich, handsome, and generous. What woman wouldn’t be impressed by that?”

Over the course of the last few months, Kendall Jenner has been rumored to be in a relationship with her openly bisexual model pal Cara Delevingne – which would definitely explain her lack of interest in guys. The rumors really aren’t that far from the truth though because Cara’s girlfriend, Annie Clark, has even had enough of the two girls hanging all over each other. OK! Magazine teases, “Annie [aka St. Vincent] is sick of seeing them grabbing each other and even kissing. She wants Kendall to stop acting like Cara is her’s.”

At this point, hooking up with Cara Delevingne really is the only logical explanation for Kendall’s dry spell – the girl hasn’t had a semi-serious boyfriend in 3 years! Do you think that Kendall is into girls? Or does she have a secret boyfriend hidden away somewhere that we don’t know about? Let us know what you think in the comments below!