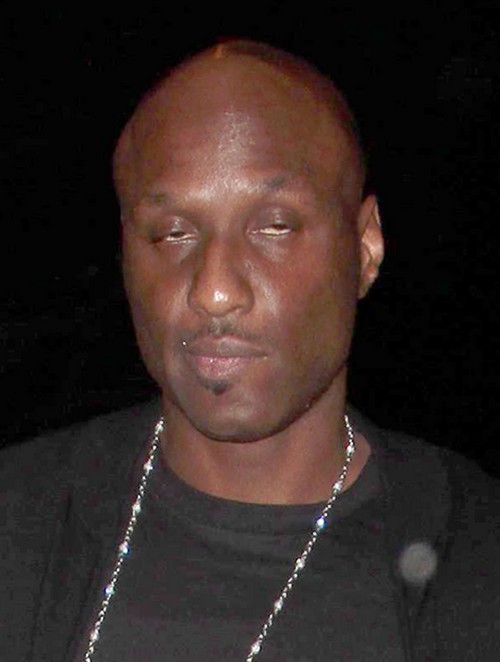 Did Lamar Odom try to get drugs delivered to his hospital room? It doesn’t look like Lamar Odom and Khloe Kardashian will be getting their happily ever after anytime soon. Lamar and Khloe cancelled their divorce a few days after Odom awoke from his drug overdose in Las Vegas – and Khloe had been by his side ever since.

Of course, Lamar’s near death experience opened his eyes, he vowed to his wife that he was going to turn over a new leaf and he promised to stay drug-free and sober.

On October 27 TMZ reported that a suspicious man tried to enter Lamar’s hospital room while Khloe was away, late at night, and insisted that Lamar had called him and told him to come. He lied and told the nurse’s that he was Lamar’s assistant, but they weren’t buying it and had security remove him.

TMZ reported, “Our sources say the guy has a history with Lamar and Odom’s people believe he facilitated Lamar’s drug use. The 2 men lived together in Vegas at some point. We’re told Lamar’s management fired the guy the day Lamar went into the hospital. Security was unbending and refused to let the man in. There was yelling and “a big scene” before he was escorted out.”

Khloe Kardashian was livid when she learned that Lamar had contacted an old drug connect as soon as she had left the hospital – and sources say that she is certain he was trying to get drugs delivered. Radar Online is reporting, “Khloe found out that it was Lamar that had called his drug dealer and old roommate, and told him to come to the hospital. The friend showed up and went directly to Lamar’s room in ICU. He knew exactly where to go!”

Well, you can’t teach an old dog new tricks. Honestly, we were really rooting for Lamar – but if he is this hell bent on doing drugs, regardless of the fact that he nearly died, then even Khloe Kardashian isn’t going to be able to convince him to change his ways. Do you think this was all a misunderstanding, or do you think Lamar tried to have his old dealer drop off drugs at the hospital? Share your thoughts in the comments below!