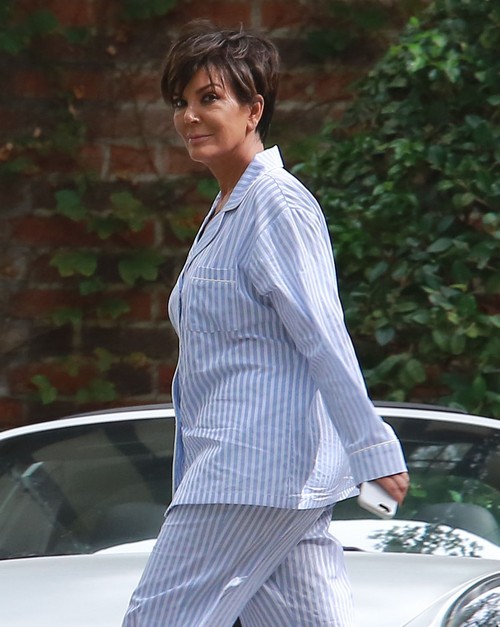 Kris Jenner is exploiting Lamar Odom’s health crisis and is already negotiating her first interview since his drug overdose at a Nevada brothel. The athlete is struggling with a multitude of problems, including possible prosecution for felony use of cocaine, yet all Jenner can think about is how much money she can make from this tragedy.

The “Keeping Up With The Kardashians” matriarch never misses an opportunity to put herself and her family front and center in the public eye. And Lamar’s medical crisis is no different, it’s just another way for Kris to make sure her and the entire clan stays relevant.

A source told Radar Online that “All of a sudden, Lamar’s become useful to her again.” The insider says Kris Jenner is giddy over the negotiations involved for her first interview following her former son-in-law’s overdose.

When Lamar Odom was rushed to Sunrise Hospital and Medical Center in Las Vegas the “Keeping Up With The Kardashians” star was right by her daughter Khloe Kardashian’s side. It was rumored that Kris brought a camera crew with them and demanded that the cameras roll, capturing as many moments as possible of the Kardashians gathering around the former NBA player as he lay in a coma.

The source adamantly insists, “Anyone saying they’ve not been filming throughout this doesn’t know what they’re talking about.” Many have wondered if Khloe Kardashian was pushed into stopping divorce proceedings against Lamar Odom by Kris Jenner.

The insider provided more details, “Kris is licking her lips at all the money she’ll make on the back of Lamar’s OD,” the source continued. “She puts on a good show of maternal concern, but there’s always an agenda with Kris and Lamar’s troubles are no exception.”

Is this just confirmation that Jenner will grab any opportunity to keep her place in the spotlight? Does she really care about Odom’s health at all? Will she jump up and down with joy when Lamar begins his rehabilitation? Kris won’t be able to resist milking the months and months of rehab Odom faces and getting it all on tape for numerous episodes of “Keeping Up With The Kardashians.”