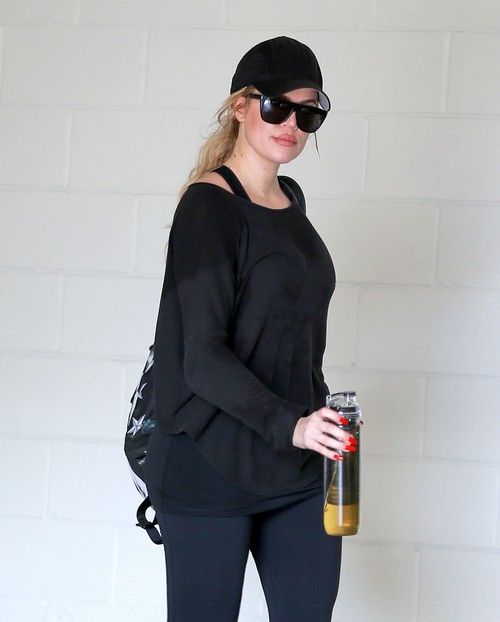 The identity of Khloe Kardashian’s biological father being someone other than Robert Kardashian, Kris Jenner’s husband when Khloe was conceived and born, is probably one of the worst kept secrets in Hollywood. While Khloe’s mom Kris Jenner insists that she is a Kardashian and one of Rob’s children – the world is convinced that the she is not. While CDL has long being convinced that Khloe Kardashian’s father is Alex Roldan, Kris Jenner’s hairdresser when Khloe was conceived a new report promotes Khloe as being infamous football player OJ Simpson’s daughter. OJ and his murdered wife Nicole Brown were close friends of Kris Jenner and Robert – and he later represented Simpson in Nicole’s murder trial. However, rumor has it that behind closed doors Kris and OJ were cheating… with each other!

We have been convinced for years now that Khloe Kardashian is OJ Simpson’s daughter, and according to a new report – Robert Kardashian was convinced that she was too! Sadly, Robert Kardashian passed away years ago and he isn’t hear to clear up the mystery, however a source recently revealed to Radar Online that when Robert was alive, he was certain that Khloe was OJ’s daughter!

About once a year Robert Kardashian’s second wife Jan Ashley resurfaces, and slams Kris Jenner and the Kardashian Family and exposes some of their secrets or makes some up. Jan recently sat down with Radar Online and told them about Kris Jenner’s multiple affairs. She even revealed that at one point Kris Jenner was cheating with her tennis instructor and when Robert went to his house to drag Kris home, Kris refused to leave and asked her husband if he would take care of their newborn son Rob Kardashian so that she could stay with her lover!

As far as Kris’s affair with OJ Simpson, according to Ashley when Khloe was born Robert was convinced that she was OJ’s daughter. Ashley dished, “Robert said, ‘Oh my god, he’s so black, he has curly hair, so does Khloe. Oh my god, you think it’s him?’” According to Jan Ashley, Robert even had conversations of his suspicions with his daughter Kim Kardashian before he passed away.

At the end of the day, it is pretty obvious that Khloe Kardashian is not actually a Kardashian to anyone with two eyes that work and a brain. Although over the years she has had lots of plastic surgery done to try and make her look more like her sisters. Regardless of how many sources come forward and confirm that OJ Simpson is Khloe’s father, we will never know the truth until Khloe Kardashian takes a DNA test – and she never will because the last thing she wants to admit is that she is not actually a Kardashian or that her real father is rotting in prison and is an accused murderer or a nobody hairdresser.

Do you think that Khloe Kardashian’s father could be OJ Simpson? Or is Robert’s ex-wife just selling stories because she needs some extra cash? Let us know what you think in the comments below!