Khloe Kardashian And Lamar Odom NOT Getting Back Together: Khloe’s Pals Say He Is Acting Like A Stalker

BY Amanda Austin on May 29, 2015 | Comments: one comment
Related : Gossip, Hot Celebs, Hot News, Keeping Up With The Kardashians, Khloe Kardashian 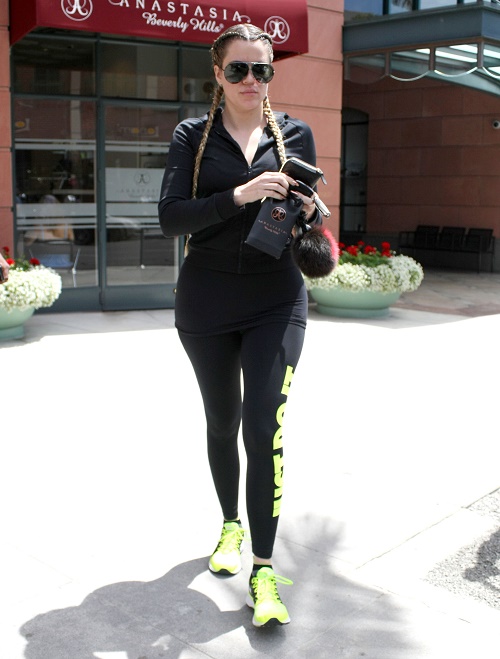 Khloe Kardashian has a stalker! No, it’s not a deranged fan, it’s just her soon-to-be ex-husband Lamar Odom. Khloe and Lamar are NOT getting back together, but Odom just can’t seem to take a hint and recently informed reporters that Khloe is “still his wife,” and “of course” there is a chance that they will reconcile and call off the divorce. Strangely enough, Khloe doesn’t feel the same way, and she is now dating Rick Fox.

Lamar Odom desperately wants to get back together with his wife Khloe Kardashian – and he isn’t taking “No” for an answer. Since Khloe is done with Lamar and no longer taking his phone calls, her ex hubby has resorted to stalking her. According to the June 8 edition of Star Magazine, Lamar travelled to Las Vegas to try to see Khloe while she was presenting at the Billboard Music Awards. An insider dished to Star Magazine, “As soon as he heard she was doing the awards show he booked a ticket, he is obsessed. He called her to tell her that he was coming to Vegas; he honestly didn’t want to run into her. Her friends say it is like he is stalking her.”

We really have no pity for Khloe Kardashian at this point. Maybe if she had actually divorced Lamar back in 2013 when she originally filed the papers instead of dragging it out to try and get every penny that she could, then Lamar wouldn’t think there was still a chance they were getting back together. Lamar may be acting a bit stalkerish, but the odds of him ever trying to harm his wife are slim to none. What do you think about Lamar stalking Khloe? Is she leading him on by not divorcing him? Let us know what you think in the comments below!