Khloe Kardashian In Love With Lamar Odom: Posts Message Begging To Get Back Together

BY John Panichella on May 17, 2015 | Comments: one comment
Related : Uncategorized 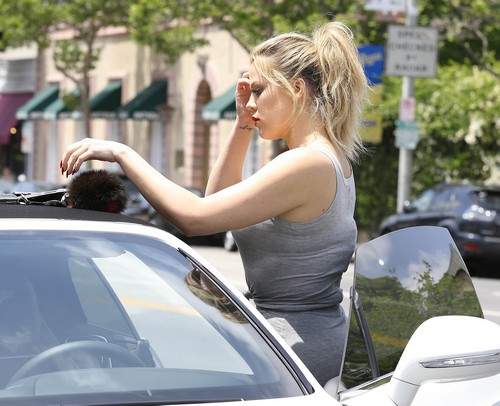 Khloe Kardashian seems to still be having a tough time moving on from her estranged husband Lamar Odom. It is no surprise that the Keeping Up with the Kardashian’s star is not ready to move on, despite it not being in her best interest. Khloe has been very vocal about her feelings with Lamar, going as far to address them on the show saying that if she had it her way, she would still be with her husband.

Now, it seems that everything is getting even more difficult for Khloe. We reported that when Bruce Jenner announced his sex change, he also revealed that Khloe Kardashian was taking it the hardest because she had lost her father, Robert Kardashian, her husband Lamar Odom, and now she felt as though she was losing Bruce Jenner, the last male figure in her life.

Lamar Odom has been trying to squeeze his way back into Khloe’s life, and it appears that his efforts are not going unnoticed.

A source has revealed that Lamar Odom sent Khloe Kardashian a mother’s day gift. They said, “Lamar wouldn’t ever forget about Khloe on Mother’s Day. Yes, she’s not a mother yet, but Lamar wanted her to know that when that day comes, she will be the absolute best mother in the entire world.” According to the source, Lamar sent her an over-sized teddy bear with seven dozen roses and a hand written card.

Khloe took to Instagram on May 15 and shared the following messages which suggests that the 30-year-old reality star is facing a tough decision in regards to moving on with her life.

“I thought I was moving on
Until one day
Someone asked me
If you had one wish, what would it be?
And the first thing I thought of
Was to waste that wish on you.”

Khloe has been struggling with this battle for quite some time now, and we can only imagine how difficult it must be with everything going on, not to have the person you love in your life.

What do you think of Khloe and Lamar’s troubled relationship? Should these two eventually make up, or does Khloe Kardashian need to distance herself from Lamar Odom as quickly as possible? Let us know in the comments below.